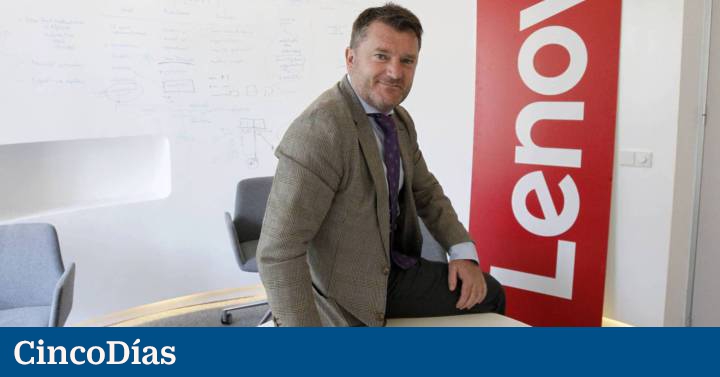 Lenovo has once again posted record quarterly results, with all-time highs in both profit and revenue, after exceeding $20 billion in revenue for the first time in a quarter. The Chinese manufacturer reached a net profit of 640 million dollars in the October-December period (€564 million)62% compared to the same period of the previous year and its income amounted to 20,127 million (17,738 million euros)17% more.

It is the sixth consecutive quarter in which its profits have grown by more than 50%, thanks to the hybrid work promoted by the pandemic, which has strongly increased the purchase of computers. In the calendar year, the company entered 70,555 million dollars (62,181 million euros).

Lenovo Chairman and CEO Yuanquing Yang said Lenovo is on track to double both its net margin and R&D spending within three years from FY20/21 levels.

Alberto Ruano, CEO of Lenovo Iberia, described the quarter as “historic” and, although he has not revealed the results obtained in Spain, he did point out that the Iberia subsidiary has behaved in a similar way to the group. One piece of information that he has provided is that the company has positioned itself as the leader in the tablet market in Spain during the last quarter of 2021, closing with a market share of 30%.

At a press conference, the Spanish manager warned that inflation and the new repair obligations will lead to price increases for its products in Spain, although he has acknowledged some improvement in the supply chain. As highlighted, the handicap posed by delivery problems “is normalizing” in Spain.

Although the PC division has been affected by deliveries strained by the supply chain crisis and lack of chips, the company has maintained a 22.2% share. Globally, 24.6%.

As for the business areas, its infrastructure solutions unit obtained revenues of 1,900 million dollars, 19% more, obtaining a profit of 17 million dollars. Its services and solutions division, which includes managed services, grew 25% to $1.5 billion, with a profit of $340 million. According to Lenovo, the solid growth of this unit and its high margins have allowed them to increase the overall profitability of the group, since it is the business area that gives the highest margins.

Finally, its smart devices unit, which includes computers, tablets, smartphones and other equipment, increased its revenues by 16% to 17.6 billion dollars, and its profits by 21%, reaching 1.4 billion dollars. Revenue from the sale of workstations was up 40%, and revenue from equipment designed for gaming, 27%. the business of smartphones (Motorola) had 89 million profits.

The company highlighted that the smart device market continues to benefit from the new normal of hybrid working and that it expects the PC market to remain strong and stable, moving towards the commercial and premium

Regarding the Spanish market, the general director of the Infrastructure and Services branch for Iberia, Rafa Herranz, indicated that this division has also been affected by problems with shipments, but that it has closed “the best quarter in its history.”

Ruano, for his part, highlighted the Government’s aid plan to promote the digital transformation of SMEs (Digital Kit), which will distribute 3,067 million euros. The manager explained that Lenovo is supporting its distribution channel and highlighted the “very important” role that the operators will have in the management of the aid packages with the SMEs.