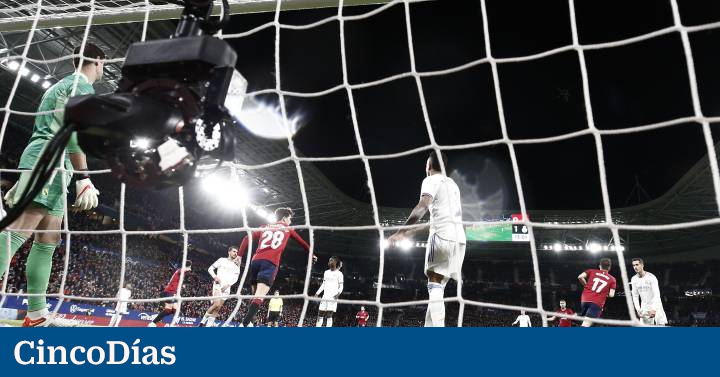 The league and his partner, CVCtake for granted that the National Commission for Markets and Competition (CNMC) will not be able to invalidate the last audiovisual contract for the broadcast of the tournament in Spain, signed with Telefónica and Dazn for a total of 4,950 million in five seasonsdespite the fact that this period exceeds the recommendations of the body chaired by Cani Fernández.

A fact that the teleco itself included when announcing to the CNMV, last December, that it was one of the winners of the lots placed on the market by LaLiga. “The award covers the 2022-2023 to 2026-2027 cycle, although the 2025-2026 and 2026-2027 seasons are subject to the CNMC lifting or modifying the resolution that limits Telefónica the maximum duration of the rights acquisition contracts. sports,” he noted.

LaLiga sees no danger of a cancellation of the agreement. In the prospectus of the bond issue by 850 million launched by CVC last week, with the aim of financing its injection of almost 2,000 million in Spanish clubs, it is detailed that the CNMC required information on the award on December 13 and 14, when it was announced. “The purpose of these requirements is to have information to investigate any potential infringement of the competition rules,” the brochure says. He adds that, to date, the CNMC has not initiated any sanction procedure.

In any case, “even if the CNMC initiates these procedures as a competition regulator, would not have the right to invalidate the auction on December 13, nor the resulting agreements with Movistar and Dazn”. At best, the possibility of the CNMC imposing financial fines is contemplated. In that case, the document points out, “these would be appealable in the competent Spanish courts.”

In fact, LaLiga filed an appeal in December before the National High Court to protect itself from the CNMC’s requests for information, declaring them “disproportionate”. He also asked for precautionary measures so that he would not have to respond to those requests. The appeal was admitted for processing in April.

Until the 2026-2027 season, LaLiga is guaranteed 1,010 million annually for the sale of its rights on Spanish soil. It still has pending awarding the open match of the First and Second Division, and all of the latter in payment, in addition to the contract for broadcasting in public establishments.

The brochure indicates that this process is expected to close during this month of May. It also details that, on April 7, the CNMC published two non-binding reports analyzing the conditions of these awards, as established by the 2015 Royal Decree that gave the employers the power to centrally sell the rights.

In those reports, as it did with the First Division rights auction, the CNMC once again recommended a three-year limitation on contracts. But LaLiga will remain firm with the five.

The little heed that both LaLiga and the Royal Spanish Football Federation make of the CNMC’s recommendations, when it comes to auctioning their audiovisual rights, has overwhelmed the organization’s patience. Its president, Cani Fernández, publicly requested in March the withdrawal of the obligation to study these processes. “They never pay attention to us. With the means we have, it’s almost better that they take that competition away from me, I have a lot of things to do,” she said. The limitation of contracts for three years was in force until March 2020, when a decree of measures against the pandemic included a final provision that explicitly eliminated that time limit.