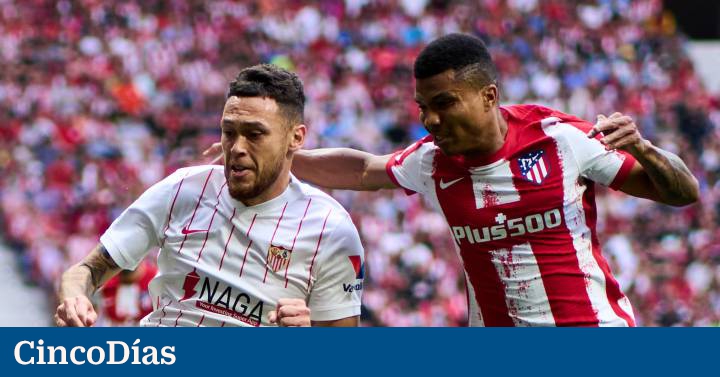 Movistar and LaLiga have identified a total of 79 internet domains that must be blocked for pirating audiovisual content, as established in the recent judgment of the Commercial Court number 9 of Barcelona, ​​which enables them to be able to weekly block access to websites that facilitate the illicit dissemination of content from the main football tournament in Spain.

This resolution resolves one of the two new legal disputes in this area won by the operator, one of them with LaLiga. The sentences, the second is from the Mercantile Court number 6 of Barcelona, ​​consolidate the anti-piracy jurisprudence, as announced yesterday Five days.

The number of illicit domains cited in the new ruling is well above previous similar court rulings. For example, in the first major ruling against the well-known Rojadirecta phenomenon, established by a Madrid court at the beginning of 2020, a first list was established with a total of 44 websites with illegal content.

The new sentence identifies all kinds of platforms and technological modalities that allow the dissemination of content illegally. Among them are pirate IPTVs, platforms that release M3U listings, in which the user can click on them and access the pirated content, either through a computer or through a smart TV.

The resolution identifies websites that offer streaming and links, which broadcast content that can be accessed live or by subscription. Another of the modalities identified are the classic Torrent, which allow the exchange of files between Internet users, including the modality of streaming P2P or acestream.

For example, Acestream has gained great relevance from its software development platform allowing you to watch football for free. Arenavision has also become well known for offering outstanding sports content, such as soccer or Formula One.

In the process, the plaintiffs, Telefónica Audiovisual Digital (TAD), parent company of Movistar+, and LaLiga filed an ordinary lawsuit, requesting precautionary measures, against the large operators, for infringement of their intellectual property rights. They requested that the access of their clients from Spanish territory to the identified pirate websites be blocked or prevented, in the interest that the blocking measure continue dynamically on those platforms, websites, replica domains (mirror) that could be created or had access points. connection, in order to avoid blocking orders.

In the new process there is an increase in the number of operators, since Digi has been included, given the relevance it has gained by exceeding four million customers in the Spanish market. Thus, the defendants are Orange Espagne, Vodafone Spain, Vodafone Ono, MásMóvil, Digi and Telefónica de España and Telefónica Móviles España themselves. In the process, the operators acquiesced to the request for precautionary measures. The plaintiffs agreed to the search, without requesting the imposition of costs.

In their writings, they indicated that numerous cases of digital piracy had been detected that flagrantly affected the exploitation of their rights. Similarly, they identified the different models of piracy of audiovisual content on the Internet, especially sports, quantifying the economic losses.

The ruling establishes the blocking of offending websites in their different forms on the Internet, URLs, websites, domains or IP addresses. Subsequent monitoring is also contemplated for three sports seasons, until 2024-2025, of these blocked web resources to identify changes in their ways of recognizing them. Finally, it is specified that there will be weekly communications to the different internet access providers of the identifications of the pirate web resources that are subject to blocking, for the update of the execution of the blocking.

In the aforementioned judgment of the Mercantile Court number 6 of Barcelona, ​​in this case as a result of the lawsuit filed solely by Movistar+, it is established in the procedure that the blocking of pirate websites identified by TAD must be carried out within a maximum period of three hours, from the notification of the new listing.

costs. In their lawsuit, Telefónica and LaLiga warned of the high costs that piracy causes to the owners of the content rights. In the case of football, according to the Observatory of Piracy and Digital Content Consumption Habits 2020, carried out by the independent consulting firm GfK, the damage caused by the illegal broadcast of matches amounts to 231 million euros.

overall impact. In total, during 2020 there were 5,239 million illegal accesses to content of different types, for a value of 30,892 million euros, with a damage to the sector of 2,416 million.

Financing. The Piracy Observatory points out that illicit portals are financed either by obtaining personal data from those who register to access content (seven out of ten consumers who have accessed illicit content have had to register), or by through advertising and payment methods.