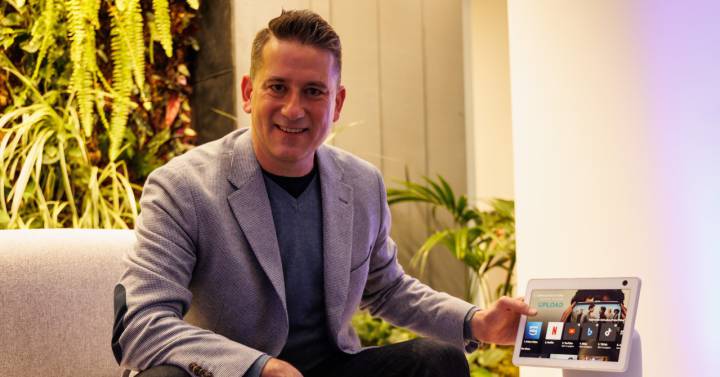 Amazon accelerates its hardware business and today announced the arrival in Spain of Amazon Lab126, its device design and development laboratory. For years, the e-commerce and cloud computing giant has promoted its own line of hardware products and from this team have already emerged such popular items as the Kindle e-book reader, Echo speakers, Amazon Fire TV televisions , the Amazon Halo fitness bracelet and other devices such as the Fire TV Stick 4K, which allows you to stream 4K content directly from the internet to your TV. The company, in its eagerness to gain weight in the consumer electronics market, where it faces competitors such as Samsung, Apple, Google, LG or Xiaomi, has decided to create a local team in Spain dedicated to promoting this business. Amazon Lab126 plans to create up to 100 highly qualified jobs in Madrid throughout this year, according to Manolo Arana, who is responsible for launching the project in the country. The company already has 45 positions open.

The global Amazon Devices & Services team has continued to grow rapidly since its creation in 2007, adds Arana, who points out that Amazon Lab126’s mission is “to enrich the lives of customers with innovations in devices and services that inform, entertain and connect. ”. Amazon’s technical director highlights his company’s interest in “inventing”. “We’ve done it for the last decade with Kindles, Fire Tablets, Amazon Echo and many more devices. Our products are the result of significant research and development work and what we pursue by creating this team is to develop the next generation of consumer electronic devices, services and operating systems”. One of his latest creations has been the domestic robot Astro, a wheeled personal assistant for the house with video surveillance functions. Many of his inventions are equipped with the company’s Alexa assistant.

Not all the products that have come out of Amazon Lab126 have been a success. They have also created unsuccessful products, such as the Dash Button, an accessory that allowed instant purchase of a product with the push of a button, or the Amazon mobile, the Fire Phone, which was a real failure.

The announcement is one more example of Amazon’s commitment to Spain, they continue from the company, which highlights that since its arrival in the country a decade ago it has established itself among the 15 companies with the largest number of employees. In the last two years it has generated 11,000 permanent jobs. Currently, the multinational has a permanent workforce of 18,000 employees in Spain and has committed to raising this figure to 25,000 before 2025.

The profiles they are looking to join the Amazon Lab126 team include software engineers and developers, technical programmers, quality control engineers, as well as product managers. The company has already started the selection process, and it is expected that they will work on different products and services. Among them, Amazon Fire TV, the device that turns the television into a Smart TV, and Amazon Kids, the service dedicated to children that brings together content selected for their age (books, videos and applications, according to different age groups).

The Amazon Lab126 was founded in 2004 by Gregg Zehr, an electronic engineer who, before joining Amazon, worked for nine years at Apple, where he created the first Powerbooks, portable computers that the company launched in the 1990s. R&D, based in California, is designing and landing the consumer products that the company will then bring to market.

Arana assures that all the work that is going to be developed in Spain in Amazon Lab126 will be part of global products. “Coming here to Madrid is important to take advantage of the talent that exists in Spain and in other countries, but who are willing to come here. The Spanish team will participate both in promoting new devices and in the evolution of existing products and where we want to add new services and experiences. As a developer and inventor we are going to be able to influence what is going to come next, so it is very important to look for talent in different parts of the world because that is going to give us the diversity we need to make better products”.

In Europe, Amazon Lab126 has a team in Cambridge, England, who are specialists in optics and have worked on very important parts of previous products. There is also another team of scientists in Israel who are specialists in machine learning, “but the scale that we are looking for with the team in Madrid is much bigger”. Arana points out that the products they develop are always so complex that they need to resort to specialties and, therefore, to different teams in different geographies. For example, the Cambridge team was called upon to develop the optics for the Astro robot. According to the manager, the Spanish team will have a lot of work to develop software, mobile applications, user experience and product integration, although it can evolve.