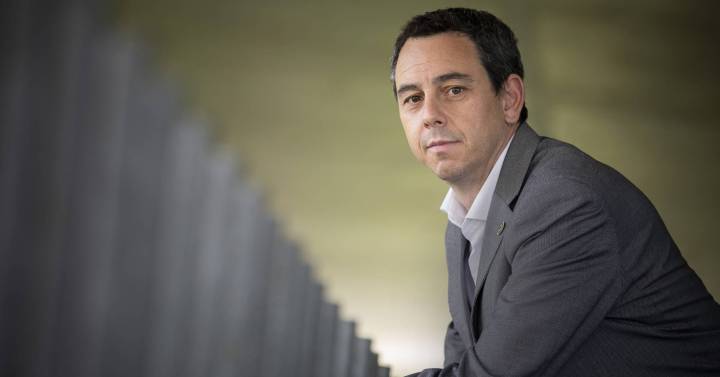 On the table of different venture capital funds has come the proposal to become a shareholder of the pharmaceutical laboratory Grifols, gripped by its high indebtedness. The investment bank has sent these large managers the option of investing in the laboratory if the Catalan multinational finally opens up to this option, which it has been considering in recent months, according to sources in the financial sector.

The laboratory would be open to different formulas and among the large venture capital managers to which the proposal has reached are also Cinven, EQT and Hellman & Friedman, according to these various sources, who explain that no movement is expected in the short term . Predictably, the company will clear doubts to analysts today, coinciding with its investor day, to whom it will be explained that there is currently no active proposal on the board’s table.

Within these negotiations, El Confidencial published yesterday that the company had an agreement in 2021 with Hellman & Friedman, which was ultimately not closed, to increase the capital by 20%, in a process entrusted to BNP Paribas. Since April there have been comments in the market about the Grifols family’s intention to find a partner, as reported by Bloomberg at the time.

The company’s shares received the news yesterday, taking a hit of 12.3% at the close, falling to 16.99 euros. The violent reaction of the market is explained by the fact that a capital increase can suppose the dilution of the value of the current shareholders. These operations, in addition, are usually carried out at a discount to attract investor interest, which weighs on listed shares. In the last 12 months, the laboratory has lost around 25% of its value, although in 2022 it still maintains a positive tone. It has a market capitalization approaching 10,000 million.

The problem that Grifols has faced in recent months stems from its high indebtedness –exacerbated after facing the acquisition of its German rival Biotest– and the reduction in margins due to the brake caused by the Covid-19 pandemic in the obtaining plasma, the raw material necessary to produce its blood products. In addition, in April, the company had to write down the injection of the sovereign fund of Singapore GIC as debt, after the auditor Deloitte indicated that these resources could not be considered as equity.

After the reformulation of the accounts, the debt went from 5,828 million, recognized in February, to 6,480 million, triggering the leverage ratio over EBITDA by more than six times. The laboratory promised to reduce this liability, with measures such as divestments and the suspension of dividend distribution until the debt is not below four times the EBITDA. “The restructuring and reduction of the debt would be positive news for the long-term sustainability of the business,” said Renta 4 yesterday in a report on the possibility of a partner entering. A Grifols spokesperson responded to this newspaper that the company does not comment on market rumours.

Grifols already sought and approved a capital injection last year, but with an unexpected result. The company agreed to the contribution of 840 million by the sovereign wealth fund of Singapore (GIC), which thus entered the US subsidiary called Biomat.

This injection came to soften the balance of the laboratory, but at the end of April, it recognized that the auditor forced that capital to be listed as a liability and not as own resources, which further increased the indebtedness. This newspaper published that in this pact with GIC, the Catalan multinational will have to pay 79.2 million dollars (69.5 million euros) annually to its partner in mandatory dividends.