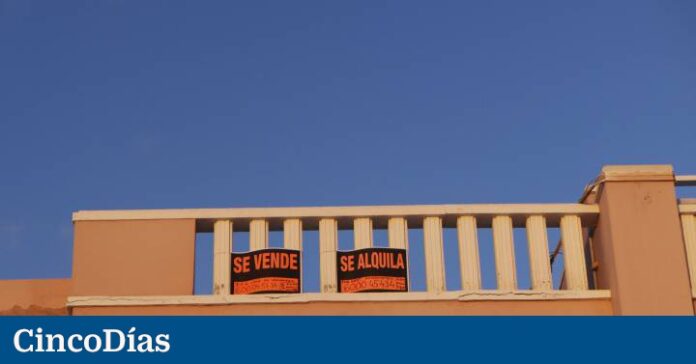 17,000 people are registered in the public registry of the Autonomous Community of the Canary Islands as housing applicants. For them, a light of hope is opening that could make their wish come true in the next four years: the Canary Islands Housing Plan 2020-2025, approved a week ago by the regional government, plans to increase in that period by up to 6,000 the number of protected housing available. A tool applauded by construction businessmen and unions and that seeks to put an end to the “housing emergency” existing in the archipelago.

The plan has an item of 664 million euros, and during its period of validity it plans to undertake 88,200 actions. Thus, the main objective is the construction of 3,600 new homes, two thirds of them under public rental, while the rest will be under private rental. In addition to construction, it also plans to encourage the launch of 600 empty homes for rent; more than 10,000 urban and rural rehabilitation and renewal actions, or the construction of more than 600 new homes in sparsely populated municipalities to combat depopulation.

The director of the Canarian Institute of Housing, María Isabel Santana, indicates that, with this instrument, the “approval of a legal and strategic framework in which to frame, finally, the policy and legal and economic housing is produced. The home seekers can know, for the first time, what to expect and where it is going to be built in the coming years ”.

Santana specifies that the document has prioritized rent “100%”, since it seeks to guarantee “that people with few resources have access to a home, and that is done with the rent.” On the one hand, as the plan indicates, because it represents a short-term response to the need for housing, and on the other, because it is a modality that the Canaries increasingly choose compared to buying: 34.5% of the families on the islands live on a rental basis, ten points more than in the rest of the national territory.

For the unions, the approval of this instrument represents a positive step that reflects the objectives of the Social and political pact for the right of access to decent housing, signed and supported last March by some thirty Canarian social, professional, institutional and business groups. This is indicated by José Ángel Brito, Secretary of Employment and Social Policies of Comisiones Obreras in the archipelago, for whom it is necessary to focus on issues such as “the 138,000 empty homes in the Canary Islands. With 10% of them the problem of housing on the islands would be solved ”. The CCOO representative emphasizes two mechanisms on which the plan should focus: “One, which already includes the approved document, which consists of promoting the rehabilitation of homes to make them available for social rent, taking advantage of European funds. destined for this purpose ”. The second —he continues—, that empty houses that are for speculative purposes or owned by banks in the large urban areas of the islands are taxed “to recover the culture of housing as a public good; as a right and not as a business ”, he says.

The recently approved Housing Plan for the Canary Islands also has the approval of a key sector in this area, that of construction, which is expected to create 28,300 jobs with its execution. A sector that employs some 53,000 people in the archipelago and that generated 2,700 million euros for the economy of the islands last year (5.9% of the GDP of the islands).

The president of the Provincial Federation of Construction Entities of Santa Cruz de Tenerife (FEPECO), Óscar Izquierdo, regrets the lack of construction of public housing in the last 10 years, “which has created a deficit in some islands where there is a real housing emergency, such as the south and the metropolitan areas of Tenerife and Gran Canaria, or the cases of Lanzarote and Fuerteventura ”. It is for this reason that he points out that the plan is “the best economic vaccine in the face of the situation we are suffering from the pandemic and to reactivate the productive system”, for which he emphasizes the benefits that it will provide, and specifically, in two of its main lines of action, construction and rehabilitation, “since for each direct job in this activity 2.5 indirect jobs are created”.

Axes. Among the strategic axes of the plan, in addition to guaranteeing access to housing through social rental, the promotion of access to them for groups in special difficulties or rehabilitation, in the latter case “as a key element to improve the conditions of the houses in the islands with criteria of energy saving and caring for the environment ”, says the document.

Specific plans. Within the plan, different specific actions are foreseen, such as that derived from the State plan 20,000 homes, which provides for the provision of 894 homes, or the Program for the promotion of the promotion of VPO of private promotion in rIt’slease moan, with 450. Also, with the Empty house program should reach the figure of 600 homes on the horizon of the plan. Additionally, it contemplates the transfer of 50 homes in a cooperative system of transfer of use or cohousing, 343 homes for Canary Islands Prohogar Program and another 45 to help self-construction. In the rehabilitation section, the objective is to support 10,200 actions.

Beneficiaries. The Canary Islands Housing Plan provides, in the different housing rental aid programs, for 72,000 beneficiaries in the years it is in effect.