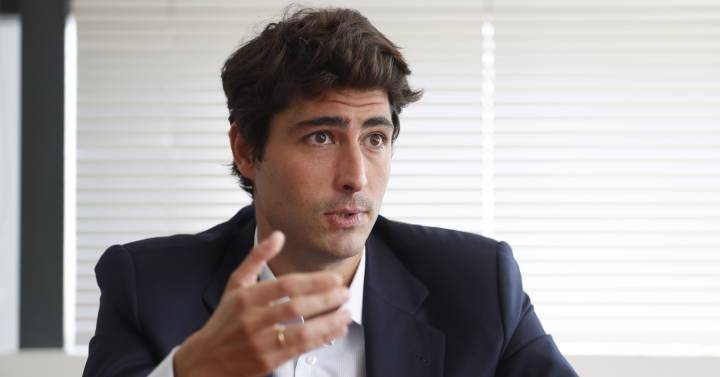 Jaime Siles gains power at IFM. The Spaniard, who has worked as a strongman for the Australian fund in Spain and piloted the takeover bid on Naturgy, will now become the investment director of the infrastructure investment vehicle.

Siles has been vice president of IFM until now. He has been in charge of coordinating the landing of this Australian pension fund in Spain. In 2018, it acquired 49% of Aqualia, a shareholding that it shares with FCC. That same year, it took over the concessions division of OHL.

But the moment of truth came in January 2020, when IFM launched a takeover bid on between 17% and 22.69% of Naturgy at 22.07 euros per share. Siles has been the visible face of the fund’s offensive to enter the gas company, including the negotiations to obtain the approval of the Spanish government and a face-off with the largest shareholder of Naturgy, Criteria. And with its president, Isidro Fainé. Finally, the fund achieved a significantly lower representation in the capital of the company than it intended. He had to settle for 10.8%, compared to the 17% that had been marked as a minimum.

IFM has also seen its claim to appoint two directors at Naturgy frustrated. And you will have to settle for a single representative. Despite the speed that it showed during the takeover bid to enter the management body of the gas company, a month later IFM has not yet requested its entry on the board.

The fund must notify the council by letter of its intention to enter it. A procedure that you have not yet completed. Afterwards, the company must call a shareholders’ meeting to approve the appointment. This summit may be extraordinary or, if the fund continues to extend the deadlines, add the vote of the new director as a point to the next ordinary meeting, which will be held during the first half of 2022.

IFM has not yet revealed who it will select as Naturgy’s director. For the moment, he is rewarding the man who has led his assault on the Spanish company. Siles will cease to be vice president of the fund and its representative in Spain to take over as investment director of the IFM fund specialized in investment in infrastructure.

The four legs of IFM’s business are divided into infrastructure, debt investments, venture capital and listed companies. Jaime Siles will be the investment director of the first, the largest, with assets of about 56,000 million dollars (48,000 million euros), of the 129,000 million dollars (112,000 million euros) that the manager of Australian pensions. The official name of the fund that he will lead as chief investment officer is IFM GIF and he invests in 33 companies spread across North America, Europe and Australia. In addition to the recently acquired stake in Naturgy, this investment vehicle also has 49% of Aqualia and Aleatica, the former concessions subsidiary of OHL, on the balance sheet.

Siles, 36, is a civil engineer. He joined IFM in 2012, where he has worked most of his career and has worked for the Australian manager in North America, Europe and Australia. Before that he went through the French construction group Bouygues.