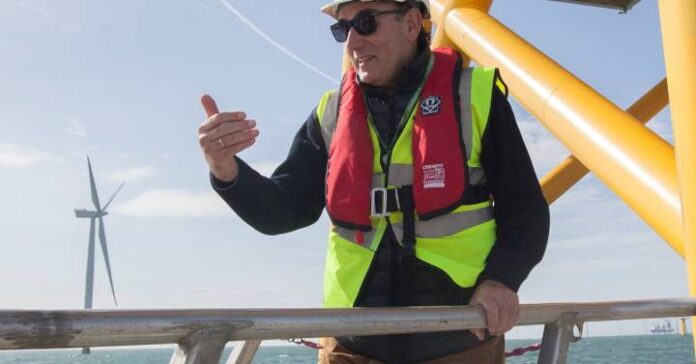 Iberdrola increases its commitment to wind power off shore and the Baltic area, one of Europe’s maritime corridors that captures most of these investments, along with the North Sea and the waters off the coast of France.

The group chaired by Ignacio Galán has reinforced its anchorage in the Baltic Sea by landing in Poland with the purchase of 50% of the developer Sea Wind, which has seven offshore wind projects in its portfolio with a total capacity of 7.3 GW. The operation is open to the entry of local partners.

Poland has activated the decarbonization of its economy and wants to take advantage of its jurisdictional waters to achieve a generation off shore of 8 GW in 2030. If the Baltic can host renewable complexes producing 93 GW, Poland has enough offshore area to host wind farms reaching 28 GW.

Iberdrola is well known in this area, where it began operating in 2017 with the Wikinger complex in German waters. It generates 350 MW, to which must be added, also off the coast of the German country, the 476 MW of the Baltic Eagle project, in which the Polish company Sea Wind participated.

Without leaving the Baltic corridor, the multinational company chaired by Ignacio Galán is also present in Sweden, where it wants to generate 9 GW by road off shore. So your business in this sea is spread over these three countries.

The electricity company has already begun to plan logistics that take advantage of synergies and reduce costs, because the relocation of gigantic offshore wind turbines and their subsequent anchoring on the seabed requires heavy investments.

In the case of developing the entire project portfolio in the medium and long term, the investments, which would always be undertaken with other partners, could amount to close to 15,000 million euros, and would not be executed until after 2025.

Furthermore, special vessels, capable of moving this equipment, have to be hired, and their leasing is also very expensive because only a small fleet is available worldwide.

To cut part of these budgets, Iberdrola engineers want to start up a mega hub logistics in the Baltic. With plans still to be defined, the Port of Mukran on the island of Rügen, in the northernmost part of Germany and along the coast of Poland, could be the key logistics point for this corridor. From Rügen, there is a distance of 130 kilometers to the sites in Polish jurisdictional waters for which Sea Wind, the new investee of Iberdrola, has obtained an operating license.

Further afield are the locations of Sweden’s renewable complexes, Oxelosund (3.9 GW) and Gavle (5.1 GW). But with the hub, the Bilbao-based corporation will facilitate the logistics of its wind turbine parks off shore in all three countries. It would be a “highway of the sea” that in a distance of 800 kilometers would serve the supplies of complexes with a future generation of 17 GW.

Investments have yet to be quantified, because they are medium and long-term projects. But the return of effort is guaranteed. Iberdrola engineers calculate, based on the cost reduction that offshore wind has achieved in recent years, that 1 MW off shore It contributes five times more to the gross operating profit (Ebitda) than 1 MW obtained by solar. And three times more than 1 MW generated by onshore turbines.

Outside the Baltic, Iberdrola has a wind farm in operation in the Irish Sea and another in the North Sea. And ongoing projects off the coasts of France and Japan. Not forgetting your investments in off shore in the United States through its subsidiary Avangrid, which yesterday celebrated the fifth anniversary of its premiere on the New York Stock Exchange.

Before the new generation of offshore wind power that involves the entry into Poland, the Spanish power company has in its portfolio projects of off shore that add up to a capacity of 20.2 GW. Poland’s investment is the 10th corporate operation of 2020 and despite the international crisis caused by Covid-19.