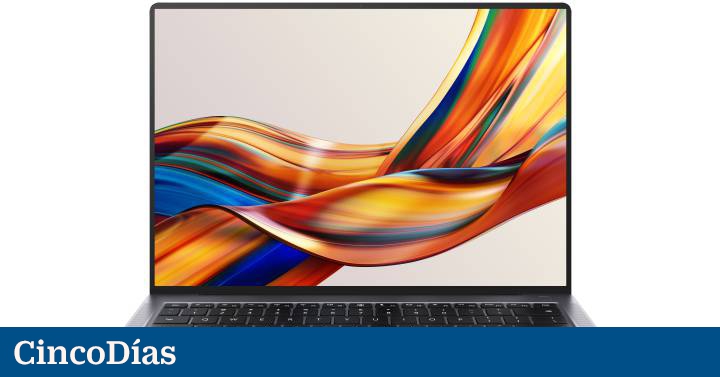 Huawei does not launch this year a new smartphone at the Mobile World Congress, which officially starts this Monday in Barcelona. The Chinese technology giant, which continues to suffer punishment from the US in its mobile business, today presented at a press conference a battery of devices designed for the office (three computers, a tablet, a printer, a monitor and an ebook-tablet ) that collaborate with each other and work seamlessly together, bridging the gap between Windows and Android, to boost productivity.

“Since there is no single device that meets all the user’s daily needs, the ability of each device to take advantage of the strengths of the others is especially important,” says the company, which has developed different technologies to achieve collaboration or connection extreme between different devices. “It’s what we call Super Device.”

As early as 2018, Huawei launched the OneHop function, which transfers files from the smartphone to the PC with a single touch, and in 2020 it introduced multi-screen collaboration that allows you to work with two devices simultaneously, whether they are PC-tablet, PC-smartphone or tablet-smartphone, a compatibility that facilitates the transfer of files between two devices through the function of drag and drop, as well as the possibility of opening files directly from the mobile to the laptop.

Now the company wants to go further, and bring these advances to the workplace, allowing, as it explains, all compatible devices to work as one, making connectivity between all of them more intuitive.

“You have to agree to link the device and, from there, the magic begins,” says Rian Ordóñez, head of Product Marketing at Huawei Consumer Spain. Examples? “The laptop recognizes the external speakers or headphones and will ask you where you want the sound to come from. Or just touching the laptop with your mobile will open the smartphone interface on the computer screen and you can open up to three mobile applications directly on the PC to perform several tasks simultaneously. You will also be able to manage and edit everything on your mobile (files, images…) from your laptop or answer a call that reaches your smartphone from it”. And all changes are automatically saved to the phone.

Also thanks to cross-device collaboration, by connecting a smartphone it will be available as an external drive on the PC, allowing users to access smartphone files as they would any other external storage device, using the PC’s file system user interface they are already familiar with. acquainted.

Ordóñez says that if the tablets (MatePad) are interconnected, these will also be recognized as an external unit on the PC, allowing files to be transferred and managed between devices using the drag and drop or copy and paste function. But he details that the super device PC + tablet (the latter with a stylus) offers three connection modes, depending on the use cases.

There is the mirror mode, to see the same thing on the screens of both computers as if it were a duplicate screen, so if you are doing a PowerPoint on the laptop, for example, any handwritten notes made with the pen on the tablet can be seen automatically reflected in the presentation on the laptop. In the case of extended mode, each screen displays different content, transforming the tablet into an external monitor for the PC and expanding the screen space, and in collaboration mode, the files on the tablet can be managed directly from the PC.

As part of this integration of equipment, Huawei’s mobile application engine will offer access from the company’s laptops to a large number of apps, both for productivity and entertainment, available in its AppGallery application store. “For the first time, we are going to allow laptops to download apps that were previously native to tablets and smartphones,” highlights Ordóñez.

The company notes that the Super Device feature is available on its computers through a connection interface located in the PC’s control center. It also points out that with the pop-up pairing function, these computers can quickly connect to wireless headphones, speakers, mouse, Bluetooth keyboard and even a printer. “For the first time we are launching a printer, which is also a scanner, outside of China and it is prepared to take advantage of this collaboration between devices, so it will be automatically detected by the computer and the user will be able to print or scan their documents simply by dragging them”, continues Ordoñez.

The directive maintains that Huawei takes the integration of devices in the work environment “to an extreme never seen before. And this is very important if we take into account that we currently spend between five and six hours a day looking at our mobile phones, even in the work environment, which has an impact on productivity”. “All this integration and collaboration between teams is going to allow for a more efficient workflow and without wasting time.”

Huawei explains that support for the Super Device functionality (only for company equipment) will be extended to its previous PC models. To do this, the user must update Huawei PC Manager to its latest version. The company also plans to continue expanding compatibility to more devices, both in the field of work and in leisure and entertainment.

The first laptop that goes on the market prepared for these advances is the MateBook X Pro, which goes on pre-sale today in Spain for 1,899 euros. The rest of the devices compatible with the new functionality (including the first All in One that the company will launch in Spain) will be arriving throughout this year.