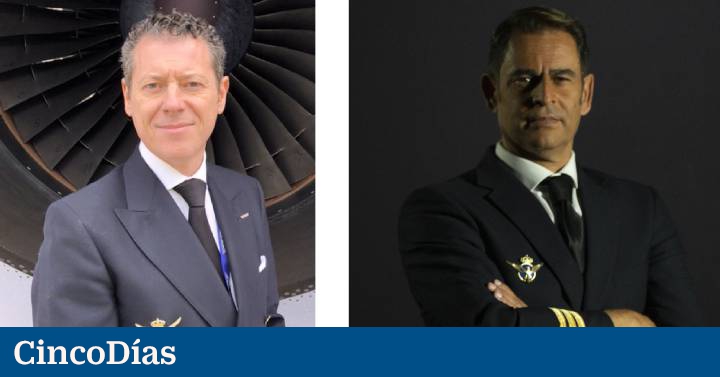 Two lists, with two Iberia pilots at the helm, Sepla pilots union are at stake for the presidency in the process that begins today, with the electoral campaign, and ends on December 1 with the recount. Voting in person or in electronic format is scheduled between November 29 to the aforementioned December 1.

To the continuing candidacy that he leads Oscar Sanguino, and in which the current secretary follows, Javier Fernandez-Picazo, and the treasurer Ana Pedraza, has left competition. The atmosphere, sources of the group point out, is of real contest.

The second candidacy or candidate is that of the pilot Daniel Entrellardat, member of the union section of Sepla in Iberia. In your team are Andrea Calcagni (Vueling), Joaquin Estrada (Iberia Express), and Ariel Shocrón, Jorge Espina and Ignacio Coya (the three from Iberia). In the presentation of this new option, called “Tú Vuelas SEPLA”, the consolidation of the sector after the pandemic is put at the center of action. The alternative has arisen, curiously, from the union representation in Iberia, considered the heart of the union.

Different sources consulted by this newspaper comment that in Sepla, with a very high representation in Iberia, and with a majority of the pilots of the IAG airline in the electoral roll, “it is practically impossible for there to be a president who is not a patanegra, that is to say, from another company including Iberia Express. “The sources also agree when commenting that the aspiring candidacy” risks by including a member of Iberia Express. “Ten years after the launch of the low cost of the Iberia group seem to be old wounds to heal.

Entrellardat has indicated, through a statement, that its intention is “to recover our active institutional presence, both nationally and internationally, where the regulations that affect us in our union activity in defense of the profession are defined.” Another line of action is to facilitate communication between pilots of different airlines immersed in integration processes, or the fight against job insecurity.

In the complex gearing between Sepla and the different sections of the union in each airline, the Entrellardat option is committed to providing greater independence to teams of delegates in airlines. Those that could be called as central services of Sepla have been fighting for years the role of representation of the group with the official association of pilots Tree, with which he maintained a strong tension years ago. There are also often tug of war with the union sections.

Elections to Sepla were called on October 13 and the new term is for four years. The result will bring about the formation of the new governing board (presidency, secretariat and treasury) and the representatives of the Technical and Service departments to the affiliate.

Iberia Commander Óscar Sanguino won two other lists in December 2017. Before taking the presidency, he was director of the Member Services Department. In addition to having Javier Fernández-Picazo (Iberia) and Ana Pedraza (Iberia), they have joined their list Daniel Escohotado (Air Europa), Gonzalo Mejías and José Antonio Plaza.

The repeated conflicts with Ryanair, the negotiation of working conditions during the pandemic, the collapse of Norwegian or the union’s entry into Easyjet, Jet 2 or Plus Ultra have focused the attention of the board in recent years.