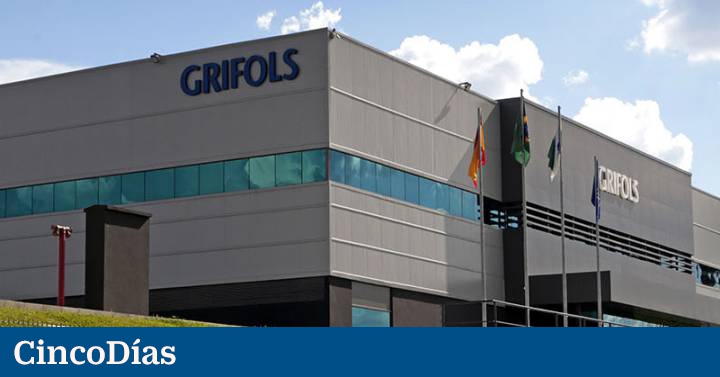 Grifols is liquidating its division of blood bags for hospital use, which it considers non-strategic. The listed company informed union representatives earlier this week of the closure of this business at its plant Murcia, which will affect 165 employees, 50% of the workforce located in that center. In addition, the company will dispose of its factory in Brazil, which was inaugurated in 2019 and belongs to this same line of business.

The company management at the Murcia plant informed the workers’ representatives that it has tried to sell this activity, but given the lack of offers, it has chosen to liquidate the production destined for this business in Murcia and fire the workers.

This facility, located since 2012 in the municipality of Las Torres de Cotillas, is dedicated to the production of plastic bags for blood collection and, also, to the manufacture of fluid therapy solutions (saline).

The closure will only affect the collection bags business and not the whey business, which will continue to operate. Will affect around 100 operators and another 65 employees who support this activity, which represents 50% of the workforce destined in Las Torres de Cotillas, according to union sources.

“Aligned with the company’s long-term growth strategy, focused on promoting essential, viable and strategic business lines, Grifols intends to discontinue the business of blood collection bags from the Murcia and Brazil plants”, recognizes the company of blood products to this newspaper. This business is very unprofitable for the blood products company and only accounts for part of the hospital division (which in turn represents 2% of the group’s turnover).

The company plans to present the Record of employment regulation (ERE) on November 22, according to CCOO sources, and from that date it will have 30 days to negotiate the workers’ departure. CCOO representatives hope that the company will minimize the announced layoffs, offer employee relocations and early retirements and, if it has to lay off some workers, do so under the best possible conditions, since Grifols is a company “that has earned hundreds of million euros in recent years ”.

Grifols has been in Las Torres de Cotillas since 1990. In 2012 it inaugurated the new plant – which was attended by the then president of the Region of Murcia, Ramón Luis Valcárcel (PP) – and in which it invested 18 million. So, he reported that that facility produced around seven million bags.

In the case of the plant on the other side of the Atlantic, the company also acknowledges the cessation of this activity. “On Campo Largo, Brazil, the line of blood bags will also be discontinued and the company is currently exploring alternatives for the future of the factory “, they assure from the firm listed on the Ibex 35. This center will have a very short life, since it was inaugurated in 2019, when the company stated that there it would have an annual production capacity of more than 10 million bags for the preservation of blood components and that it would supply the Latin American market.

The Catalan firm has also recently reported that it sold its hemostasis business for an approximate amount of 25 million dollars, included in the same way in the divestment plan, although it has not revealed the name of the buyer.

The Biomat council recommends going to the opa

The group is restructuring some businesses to address purchases such as Biotest and reduce debt. The company reported yesterday that the board of directors of the German company Biotest recently recommended minority shareholders to go to the tender that the Catalan launched on its rival, with a combined value of 2,000 million, including debt.

Likewise, in its eagerness to reduce debt after this purchase movement, the company founded by the Grifols family recalled that after the agreement with the Singapore sovereign wealth fund (GIC), it will make an investment of 1,000 million dollars in the subsidiary Biomat USA will allocate the funds obtained to repay debt.