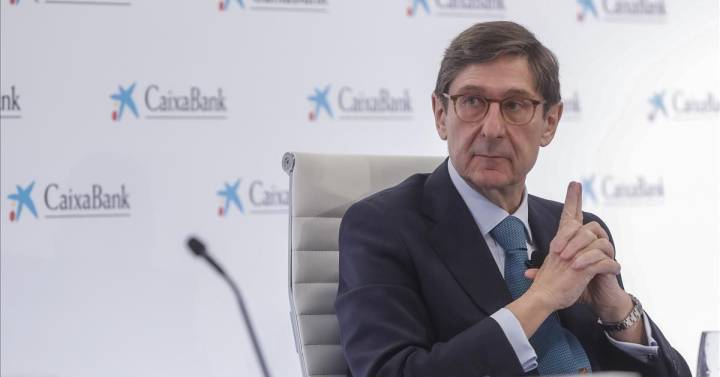 The president of CaixaBank, José Ignacio Goirigolzarri, received a remuneration of 1.69 million euros in 2021, in his first year in the entity after the merger with Bankia, according to the information that the bank has sent to the National Commission of the Market of Securities (CNMV). A year earlier, as president of Bankia, he received 500,000 euros after giving up the variable due to the pandemic, and in 2019 his salary was 770,000 euros.

For his part, the CEO, Gonzalo Gortázar, received a total remuneration of 3.89 million euros, 37.4% more than the 2.83 million he received in 2020. remuneration in 2020 as a result of the crisis caused by the Covid-19 pandemic. Therefore, compared to 2019, the CEO of CaixaBank increased his remuneration by 3.5% in 2021 thanks to the greater achievement of the challenges included in the annual bonus.

It must be remembered that the Government criticized in the last meeting of the bank the remuneration of its directors, especially that of Goirigolzarri, considering that it came from Bankia, a bank with 61% of its capital in the hands of the State, a percentage that has passed now to be 16% once it has been absorbed by CaixaBank.

The question now is whether at this year’s meeting, the FROB, which controls the State’s stake in CaixaBank, and which has a director in the entity, will vote again against the new salaries to be consistent with the decision of the past year, or on the contrary, it will abstain or vote against it again.

For his part, the one who was president of the entity until the merger with Bankia, Jordi Gual, obtained between January and March 2021 a remuneration of 331,000 euros.

In total, the remuneration of the CaixaBank board of directors stood at 9.44 million euros in 2021, 40.68% above the 6.71 million of the previous year as a result of an increase in the number of directors, with an addition after the merger with
Bankia, and the recovery of the variable remuneration of executives.

CaixaBank also explains in its remuneration report that it will propose to the shareholders’ meeting, to be held on April 8, a new director remuneration policy for 2022 and subsequent years with the aim of adapting to the new regulatory framework and introduce greater transparency.

In this new policy, the remuneration of the first two executives of the entity will be maintained, while it will only have a variable remuneration system, by unifying the annual and multi-annual metrics in a single scheme, and it will be referenced to quantitative and corporate metrics In its whole.

In addition, a three-year retention obligation is established for the shares they receive, instead of one year as before, and sustainability metrics are included in the different challenges that are set to achieve the bonus.