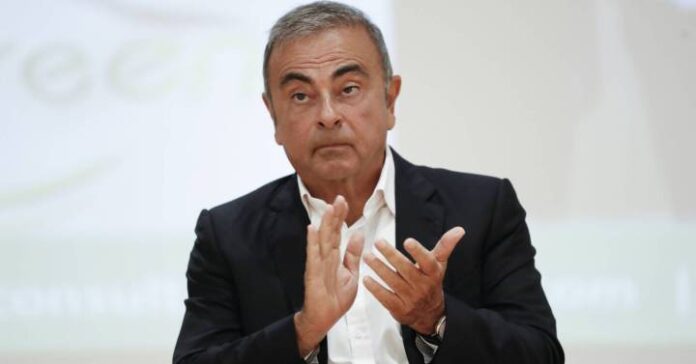 Former Nissan president Carlos Ghosn believes that the Japanese company’s facilities in Barcelona, ​​whose closure was announced in May, “could have been saved at least partially” and considers that behind the decision is the lack of interest in growth. “With the right vision, with the right growth, this is a plant that could have been saved at least partially with some production,” says the former head of the alliance between Renault, Nissan and Mitsubishi in an interview with Efe in Beirut, where he fled in late 2019, a year after his arrest in Japan.

Ghosn points to a strategy without interest in growth, which in his opinion will lead to the lock on “many other plants” as well. “The lines had a strategy of growth with profit, now we are hearing ‘we are going to privilege profit over growth’. But normally when you privilege profit over growth you do not achieve growth or profit and that is exactly what we are seeing,” he explains.

The alliance and FCA

The executive admits that in his last stage in command he was preparing an agreement with Fiat Chrysler (FCA) to “somehow merge with the alliance” and regrets that the pact was paralyzed after his arrest, leading the Italian-American group to ally with PSA , manufacturer of Peugeot, Citroën or Opel. “I am sorry for Renault that the agreement with Fiat Chrysler did not materialize because I believe that it would have been the supreme strategic act of the alliance to consolidate itself not only as a volume leader but also as a leader in synergies,” says Ghosn.

However, he maintains that in any case the alliance that he once led does not currently have personnel trained to handle the level of “complexity” that would have resulted from the merger with FCA. In his opinion, the “miserable” results of the members of the group that he led to the top in 2017 and 2018 are a reflection of the “bad position” in which Renault, Nissan and Mitsubishi find themselves, in free fall from their arrest, he asserts.

“There is no longer cooperation, there are no synergies, and we see it in the company’s results and that is why I believe that where we are today is very dangerous for the alliance,” says the former leader.

As for the electric vehicle, for which he bet heavily during his leadership ahead of the competition, Ghosn highlights the “great” speed with which it is developing in markets such as China, the largest in the world, and foresees that there will be more and more cars 100% electric and “mainly electric” hybrids.

“This evolution is going to be the true story of this industry for the next, I would say, between ten and twelve years,” he says, adding that in the meantime the hydrogen car will be “preparing” in the margins in terms of availability, reduction cost and ease of use. He uses the example of the luxury electric vehicle manufacturer Tesla and recalls that while at first nobody believed in its “sustainability”, now it is the “love” of the markets.