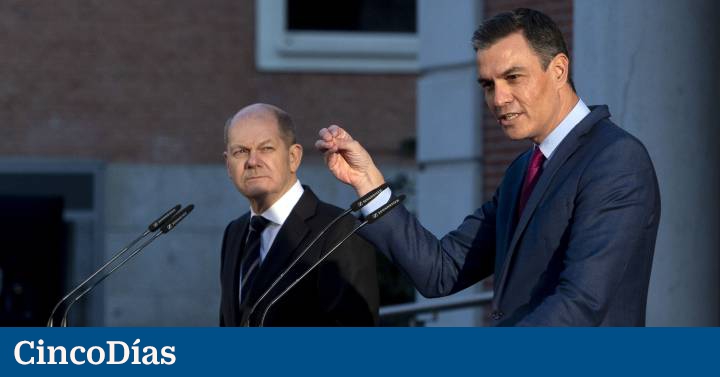 Germany plans to recover the project of transporting gas from Portugal and Spain, through France, to the rest of Europe, after years of betting on cheap Russian energy and now chastened by its energy dependence on Moscow.

A gas pipeline from the Iberian Peninsula “would have contributed massively to relaxing the current situation”, Foreign Minister Olaf Scholz reflected today, at a press conference after the summer break and open to all kinds of issues, national or international, although focused on the war from Ukraine.

Such a conduit “could have been built” and “now it is missed”, added Scholz, who said he had discussed the possibility of recovering the project with his colleagues from Portugal and Spain, and also from France and with the presidency of the Commission European.

Scholz thus referred, although without citing it, to the projected MidCat, which was stopped years ago because it was considered economically more advantageous to import Russian natural gas. Some 220 kilometers remained to be built between Hostalric (Catalonia) and the south of France.

The existence of connections with North Africa would help “diversify the supply”, he argued, to then describe as “mistake” the fact of having subscribed to the Russian gas that Germany receives, through the Baltic, through Nord-Stream.

Scholz’s tripartite of Social Democrats, Greens and Liberals, in power since December last year, has been forced to hastily reduce an energy dependency inherited from its predecessors – both the Social Democrat Gerhard Schröder and the conservative Angela Merkel.

“Every government, every company, must take into account that situations can change and prepare for it,” he said, explaining that his coalition was “surprised” by the lack of alternatives to a reduction in Russian supplies. This recognition had something of a “mea culpa”, since he was deputy chancellor and head of Finance in the last Merkel government.

Despite this situation, he stressed, it has been possible “in record time” to search for these alternatives to guarantee the supply of gas. He admitted that it will be “more expensive”, but assured that “we are not going to leave any citizen alone” in this situation.

Scholz’s executive has already approved measures to alleviate the effects of inflation on the population, including aid to lower-income households to pay for heating.

A second package of tax relief is being prepared for 10,000 million euros to counteract the effects of inflation. The plan was presented yesterday by the finance minister, the liberal Christian Lindner, who claims it will benefit 48 million citizens.

Lindner’s plan has drawn criticism from his Social Democrat and Green associates as benefiting higher income levels. It is to be hoped that it will not reach Parliament as it is, but modified.

Supplies go down, depots fill up

Despite the drop in supplies from the Nord Stream, Germany’s gas reservoirs have reached around 75% of their capacity, according to data from the Federal Network Agency (Bundesnetzagentur).

The Scholz government had set itself the goal of deposits reaching 75% of their capacity on September 1, to rise to 85% on October 1 and 95% on November 1.

This evolution, however, depends on the shipments it receives through the Nord Stream gas pipeline being maintained. Russian giant Gazprom temporarily cut off supplies in mid-July, saying maintenance work needed to be done. When service was restored, volume had dropped to 20% of its capacities, down from 40% previously.

Germany has managed to maintain the pace of storage due, in part, to the reserves of a coal plant that has been reactivated being used for electricity consumption.

In addition, consumption has begun to be saved in public buildings, lighting of monuments, swimming pools and other facilities, according to the criteria of each “Land” -federated state-.

Among the Scholz tripartite there is disagreement regarding the possibility of postponing the disconnection of the last three nuclear plants in operation in the country and that must be out of service at the end of the year.

The Greens, the party of the Minister for the Economy and Climate Protection, Deputy Chancellor Robert Habeck, reject this possibility, although they do not completely rule it out.

The Liberals propose a postponement of the disconnection until 2024 and the reactivation, if necessary, of at least one other plant that was out of service last year.

Scholz has left the decision pending a review of the situation, which is due to take place in the coming weeks. The three nuclear plants in operation provide 6% of the electricity supply.