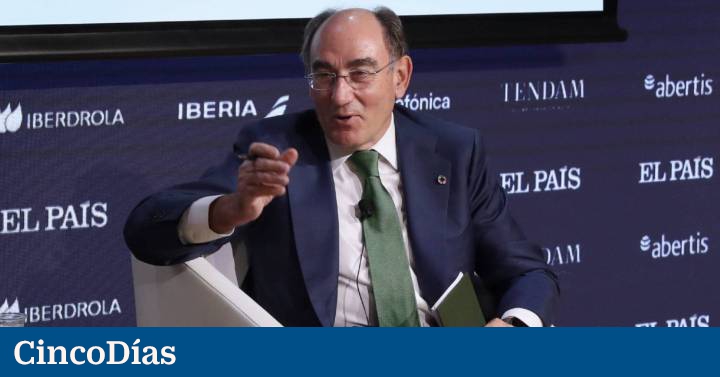 The chairman of Iberdrola, Ignacio Sánchez Galán, has apologized for calling consumers covered by the regulated electricity rate or PVPC “fools” through a message published late this afternoon on the company’s Twitter account.

“Ignacio Galán, chairman of Iberdrola, wishes to apologize sincerely in the event that someone had been offended by some phrases expressed in a colloquial way, which were not intended to hurt anyone, and expresses his utmost respect for all consumers”, reads the message.

Sanchez Galan assured on Thursday that 80% of Spaniards are paying less for electricity than in 2018 because taxes have been lowered and only those who continue with the regulated rate pay more, whom he called “fools”.

To regulated rateonly available for contracted powers up to 10 kilowatts (kW) and essential to qualify for the social bonus, You cannot apply any type of discount or promotionsince the price is set by the Government, which excludes possible negotiations between the client and the marketer.

The regulated rate has historically been cheaper than the free market in which the rest of the Spanish consumers pay their bills, according to the National Commission of Markets and Competition (CNMC), although in recent months record prices have been registered in the wholesale electricity market, largely due to to rising gas prices.

According to the CNMC household panel for the second half of 2020, the monthly expense billed to a typical household covered by the regulated rate was more than 20 euros cheaper than one on the free market (28.2% cheaper). Since 2019 that saving has always been greater than 15%