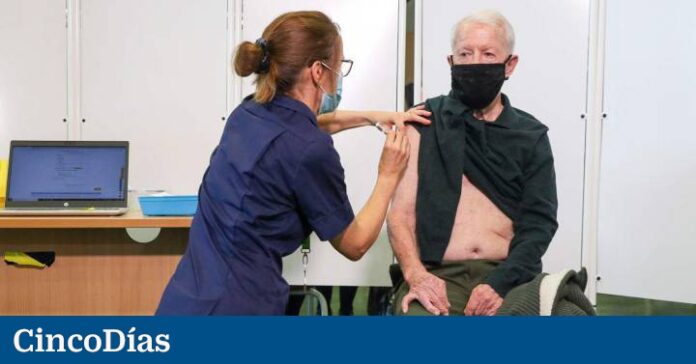 Countdown to Pfizer’s vaccine against Covid-19 in Europe. The first doses could be administered in France in the last week of December, French Prime Minister Jean Castex advanced to parliament on Wednesday. In this way, it is the first EU country to announce a specific date and, taking into account the agreement of the European partners to start the respective vaccination plans at the same time, it opens the possibility that the rest of the Governments initiate them in the same date.

The possibility that the Pfizer / BioNTech vaccine will reach European citizens before the end of the year gained more weight yesterday due to the fact that the European Medicines Agency (EMA) set for next Monday, December 21, the meeting of the expert committee that should give the recommendation on whether to approve the product once the medical data has been analyzed. From there, today the European Commission has advanced that it could take two days to give the necessary final authorization, shortening the bureaucratic deadlines that can be extended up to 60 days in other cases.

“It is possible that vaccination is anticipated,” Salvador Illa, Minister of Health, also recognized, who said that the National Health System is ready to begin as soon as the first doses are had. He also recalled that Spain is negotiating with the rest of the European partners that all countries begin to administer the injections on the same day “if possible.”

Governments now look to the EMA hopeful that the 21st will give its favorable recommendation. “If this is the case, the European Commission is ready to provide the formal authorization to bring it to market through supersonic and rapid procedures,” Commission Vice President Margaritis Schinas told EU MEPs on Wednesday. “We can do it in two days,” he added. From there, the distribution logistics of Pfizer / BioNTech will begin.

Castex added that the vaccination campaign in France would intensify in January and reiterated that it would initially target the most vulnerable members of the population, such as the elderly, before moving on to the rest of the population, Reuters reports.

Initially, it was predicted that on the continent the Pfizer product would not arrive until January, since the EMA was given until December 29 at the latest to evaluate the candidate, the first vaccine against the pandemic to be approved in the EU, after that the United Kingdom and the United States have already begun to inject it into their citizens.

“The first Europeans are likely to be vaccinated before the end of the 2020″The president of the Commission had advanced yesterday in a tweet, a glove that France picks up at a time when there is enormous pressure on governments, which are already anticipating a third wave of the disease.

Pfizer and its German partner BioNTech told the media in November that their candidate was effective in protecting against SARS-CoV-2 virus in 95% of cases.

The EMA has also set the final deadline for analyzing clinical trials of Modern on January 12, although as in the case of Pfizer / BioNTech they could also accelerate the decision. For the moment, vaccination in Europe will begin with these two alternatives, in the absence of data on the solution of AstraZeneca and the University of Oxford. Other alternatives of Janssen and Novavax, which could also be approved in the first quarter of 2021. Sanofi, for its part, has delayed its forecasts of having its own candidate until the end of 2021.

The initial impetus for this vaccine is in the German biotechnology company BioNTech, which has counted on the American giant Pfizer to develop clinical trials and to face the enormous challenge of industrial capacity, since both companies maintain the challenge of producing 1,300 million containers in 2021 and 50 million for the remainder of the year. In China, BioNTech is associated with local pharmaceutical company Fosum for that market.

This product also counts with an important challenge, that of distribution at very low temperatures, 75º below zero. For this reason, the company has prepared logistics that allow deliveries in special boxes at low temperatures, although the centers that receive the vials need to have freezers with that capacity if they are to store them for more than five days.