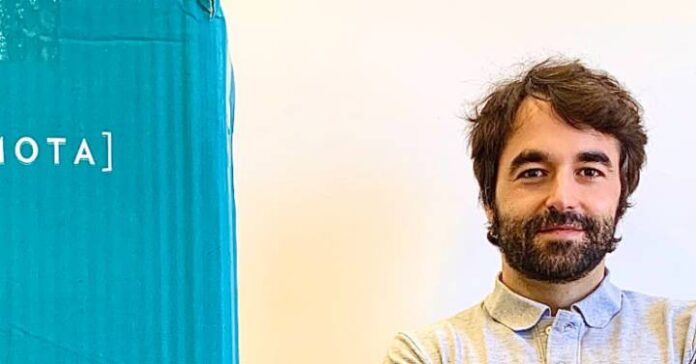 Flex is committed to electronic commerce given the impulse of this channel during the Covid pandemic. The mattress manufacturer has closed the purchase of the startup Marmota, marketer of rest equipment on the internet, in what is its second acquisition in a few months to deepen its digitization and advance its D2C (direct to consumer) strategy. The amount of the operation has not been disclosed.

Marmota will continue to operate independently, although “relying on the capabilities of the Flex group”, to continue with its expansion plan, both online, multichannel and internationally. The team of the startup It will continue to be led by Mario Gutiérrez Brun, CEO of the company since the end of 2019.

Marmota is a brand of rest and sale of mattresses totally online, founded in Barcelona in 2017 by Toni Estellé, together with Atresmedia Hub Factory, the accelerator of Antai Venture Builder and the Atresmedia group. Free home delivery and mattress testing at home have been part of his business strategy, an approach that has led to soaring sales during the pandemic. The company increased its turnover by 200%, reaching a turnover close to 10 million euros by the end of 2020. And the trend continues in the first months of 2021. Due to its purely digital origin, the company was able to adapt quickly to the new market environment, explained those responsible.

For Flex, founded in 1912, the acquisition of Marmota is part of the strategy of “deepening the digitization of the business”, particularly in the face of the new market that arises after Covid-19 and the need to “get closer to consumer demands ”. Rafael González, CEO of Flex, pointed out that this purchase “increasingly brings the consumer closer and strengthens its position to face the challenges derived from digitization”.

Marmota’s operation joins the one carried out this year with the acquisition of 51% of the Chilean online operator Drimkip, founded in 2016 and which has a turnover of close to seven million euros, according to the local press. With this platform, Flex intends to “project the digital business to other neighboring countries”. As in the case of Marmota, Felipe Barceló, founder of the startup, will continue to lead the Drimkip project.

Flex conducts most of its business through distributors, where it has a strong position in the high-end mattress and bed frame segments, with brands such as Vi Spring, Aireloom, Kluft or Marshall. Based in Madrid, the group has a turnover of close to 380 million euros. The company has industrial operations in nine countries in Europe and America, 11 production plants, operates 75 own stores and also has more than 2,000 employees.

In recent years, the group has expanded internationally along two axes: Latin America, where three companies operate in Brazil and Chile, and the premium segment, where Flex has the Vi Spring (United Kingdom), Kluft and Aireloom (United States) brands. ) and Marshall (Canada), as well as the And so to Bed bedroom furniture chain in the UK.

Much smaller in size, but also with a structure that gives it greater flexibility as a digital native company, Marmota has innovated in a sector that traditionally relies on physical stores for sale. This is precisely one of the pillars that Marmota has tried to tackle since its foundation, and one of the ways used is that it allows testing the mattress at home for 100 days. “A mattress is not tested for 10 minutes in a store. You have to try it at home, in your pajamas and on your own terms. How it should be! ”, They tell from the company.

Flex maintains its capital structure as a family business. The founding family controls 81% of the group and 19% is in the hands of Bidsa, Banco Sabadell’s capital investment vehicle, and of funds managed by Aurica Capital.

Strategy. Marmota was launched by Atresmedia Hub Factory, a venture builder of Spain created in 2016 as joint venture between Atresmedia and Antai Venture Builder with the mission of creating digital companies that make strategic use of the advertising assets of the television company.

Income. The companies of the hub of Atresmedia are co-founded together with teams of entrepreneurs. To date the joint venture has launched six companies, such as Mascoteros, Marmota, Lifecole and Valy Cosmetics. In 2020 the group of companies will reach 20 million in turnover.

To diversify. Javier Nuche, general director of Atresmedia Diversificación, considers that the purchase of Marmota “demonstrates the enormous capacity of collaboration between startups and large corporations, as well as the decisive role of television in the creation of new high-value brands ”.

Investments. The investment portfolio in startups of Atresmedia, beyond the aforementioned Atresmedia Hub Factory, has been expanding in recent times. Right now, direct investments include companies such as LaGuinda, Goin, Fintonic, Emagister, Badi, Elma, Durcal and Fever. Similarly, among the departures already carried out are companies such as Wallapop, Promofarma, Glovo and Marmota.

You can learn coding, 3D animation, cybersecurity and more with this e-learning bundle

Google rolls out a new design for Top Stories | OnlineMarketing.de