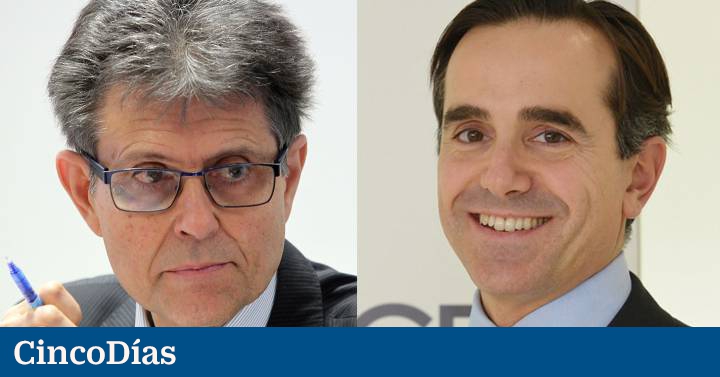 A new stage begins in the Farmaindustria employers’ association. The veteran Humberto Arnés, general director of the business association, retires. The extraordinary assembly held this Wednesday has appointed a person from outside the sector as his substitute. The chosen one is Juan Yermo, until now chief of staff of the general secretariat of the OECD (Organization for Economic Cooperation and Development).

Yermo has been working at the OECD for 22 years, the organization that brings together the most developed states. Previously, he worked at the World Bank and as an analyst at Bankers Trust. He has a doctorate in Economics from the University of Oxford and since July 2020 he has been chief of staff at the OECD in Paris, first with the Mexican Ángel Gurría and currently with the Australian Mathias Cormann. The new CEO arrives at Farmaindustria signed through a head hunter and endorsed by an internal selection commission.

From now on, Yermo will act as general director and Juan López-Belmonte, president of Rovi, as president of the employer’s association. Yermo is an expert in social welfare, international cooperation, public policy and regulation, areas where he has held professional responsibilities, according to a statement sent by Farmaindustria this Wednesday. He has also been a trainer and author of numerous economic research and published essays. He also has extensive experience in social security, aging and globalization.

Arnés, who is now retiring, is one of the deepest connoisseurs in the pharmaceutical industry. He arrived 21 years ago as CEO of the business association, which brings together most of the laboratories in the country and multinationals. Trained as an industrial engineer, from 1983 to 2001 Arnés served as a civil servant in various positions, as deputy general director of Pharmaceutical Industries, then as general director of the Center for Industrial Technological Development (CDTI) and lastly as general director of the Institute for Regional Development of the Principality of Asturias (IFR).

The position of general director in Farmaindustria is in charge of the management and relations of the business organization, which also has a rotating president every two years as the main reference and who sets the strategies of the employers. Arnés was signed in one of the turns of the presidency of Jesús Acebillo, then chief executive of the Spanish subsidiary of Novartis. In two decades of work, each of the successive presidents has trusted Arnés to lead the employers’ association due to his extensive experience and knowledge of the sector, for example on the industrial fabric, relations with the Administration or the relevance of pharmaceutical R&D for the country. In his position, he has been a defender of the importance of investment in Health to overcome the gap in public spending in Spain compared to other OECD economies, a speech endorsed by the Covid-19 pandemic, after which many countries have committed to the pharmaceutical industry as a strategic sector. Likewise, he promoted the self-regulation of the sector and the transparency of companies with the medical sector.

“Arnés has led the transformation of the Association in this century, when it has become a reference among business employers in Spain, based on its capacity for dialogue and cooperation with the Administrations of different governments and with the rest of health agents”, he points out. the employer in the statement.

“It will be up to Yermo to lead a new stage full of challenges, such as the growing social demands towards the pharmaceutical industry, especially after the experience of the pandemic, when society as a whole has confirmed the relevance of the sector not only for healthcare of health, but for economic growth and well-being”, point out from Farmaindustria.