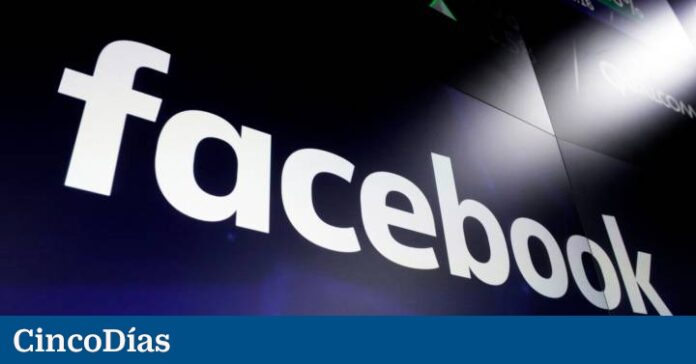 Mark Zuckerberg’s company has decided to pay off its debt with the Treasury in Spain, as it has done in other countries, and has disbursed 34.4 million, as recorded in the 2019 Facebook Spain accounts deposited in the Mercantile Registry. Almost the entirety of that sum, 33.15 million, corresponds to “a liability” with the Tax Agency, as indicated in the report, but the company does not detail the origin of that debt. Neither has your auditor EY made any qualification in this regard in its report.

The payment, according to the document, has been assumed by another company in the group, its Irish parent (Facebook Ireland Holdings), so that the payment has not had an impact on the income statement of the Spanish subsidiary, which has acted in this case “as a paying agent for this operation”.

The report details the procedure followed that a loan for that amount has been registered against another company in the group, and adds that 14.5 million were paid after the close of the year and the rest would be paid before December 31, 2020.

The balance also includes an additional provision for corporation tax and related interests of 1.23 million relative to previous years. Of this amount, 659,077 euros correspond to the 2013-2016 financial years, and the rest to other years open to inspection, the report details.

Facebook, which also decided to catch up with the Italian treasury in 2018, when it paid 100 million to settle back tax debts, and with the French, after paying 108 million this summer, is now following in Spain the steps taken by other technological titans such as Microsoft, Amazon, Apple or Google, which were also forced to regularize their situation with the Treasury after different inspections by the Tax Agency for their tax engineering. The amount paid out by Facebook, in any case, is the largest to date. The next by volume would be that of Microsoft, which had to pay 11.9 million after losing a lawsuit with Doing and starting negotiations for another litigation that it had open with this institution for 18 million..

The update of Facebook with the Treasury also occurs when the so-called Google rate is about to come into force, a tax that will be levied as of January 16 on some digital services, such as digital advertising (the main business of the social network) , with 3%.

Beyond the tax issue, Facebook Spain closed 2019 with a turnover of 261.6 million euros, 132% more than in 2019. This increase in its income is due to the fact that the company decided in 2018 to start billing most of its customers from Spain, acting as an advertising reseller for Facebook Ireland.

Despite this, the company cut its profit in Spain last year to 513,720 euros compared to the 537,590 euros in 2018. And it is that the firm had to pay 235.8 million of the 250.5 million that it entered for advertising in Spain in concept of expenses to Irish society. The social network did not shoot its tax bill either. Although it declared a corporate tax of 3.02 million compared to the 864,098 euros of the previous year, if the 1.2 million indicated above by the final inspection are subtracted, the tax bill would not reach two million.

Facebook Spain, which raised its personnel expenses from 8.14 million to 12.3 million, when the number of employees in the year went from 39 to 79, obtained the rest of its income, 11.1 million (compared to 9 , 2 million a year earlier) for the provision of support and marketing and sales services to the group.