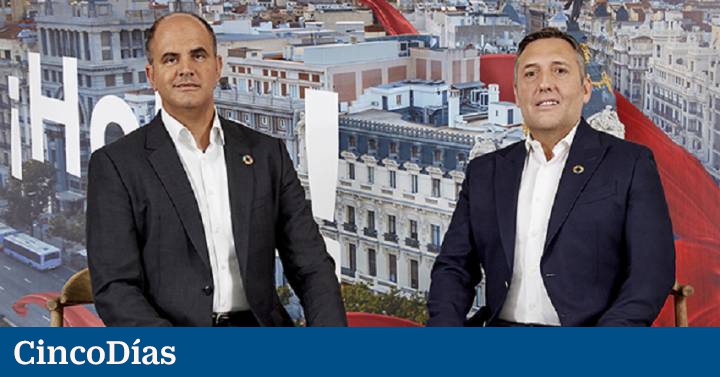 The executive who has put the railway operator ILSA launching ramp, in competition with the high-speed services of Renfe and Ouigo, go back to Italy. Fabrizio Favara will leave the position of CEO of the company to become general director of corporate strategy of the group state Railways, a shareholder of the referred ILSA together with the investors of Our Air. His position will be filled by another manager from the Italian participant’s environment, Simone Gorini.

The intention is for Favara to continue on ILSA’s board of directors and even participate in some of its core projects, such as the design of the industrial plan. It will even maintain dialogue with Adif, the CNMC, the Spanish Railway Safety Agency and other key agents in the sector. From his new position at Ferrovie dello Stato, he will report to the CEO Luigi Ferraris and attentive not only to the transport of passengers but also to that of goods and the business of road concessions in Europe.

The one that aspires to become the second operator in the Spanish high-speed network, with the aim of reaching 30% market share, plans to start operations in the second half of 2022. Its new first executive, Simone Gorini, has been in charge of directing the state company since 2017 Trenitalia in the Italian region of Lazio.

The President of ILSA, Carlos Bertomeu, is grateful that Favara is going to offer support to the Spanish from his new responsibility “inalienable and with a global role in Ferrovie dello Stato”. The also chief executive of Air Nostrum highlights “the strategic alignment of the team that he leaves at the head of the company, led by the new CEO, Simone Gorini, and by the CEO Victor Bañares”.

Despite the difficulties imposed by the pandemic, ILSA has taken advantage of the last year to set up its management team and prepare the business plan. Next to Renfe and Ouigo It is one of the three operators with capacity awarded by Adif for the next ten years in the Madrid-Barcelona, ​​Madrid-Levante and Madrid-South corridors. The first two they are already fighting on the axis between the first two Spanish cities; Ouigo intends to make the leap to Madrid-Valencia next spring, and ILSA will try to make a rapid deployment to be in all three as soon as possible.

Simone Gorini, born in Cagliari (Italy) and aged 51, comes to Madrid with more than two decades of experience in the railway activity. In the last four years it has been in charge of driving Trenitalia in the Lazio region, where it has more than 325,000 daily commuters and launches a thousand services every day.

Prior to that position, the new ILSA CEO held positions such as Human Resources Director of the freight subsidiary, for which he was also responsible for production, and held the regional management of Trenitalia. The manager graduated in Economics from the University of Cagliari and has postgraduate training at the SDA Bocconi school.

ILSA has in Spain, since last September, the first of the 20 ETR100 trains or Frecciarossa 1000 with whom he will shoot in this country. These units are newly manufactured and their homologation process is carried out on the line that runs from Figueras to Perpignan.

The planned investment in rolling stock is 800 million and production works are being carried out in Italy and France, for Hitachi Rail y Bombardier Transportation (already integrated in Alstom). The operator boasts of having the fastest, most sustainable and quietest trains in Europe.

The chemical industry beats its turnover record in 2021

4 Reasons to Use Dynamic Search Ads