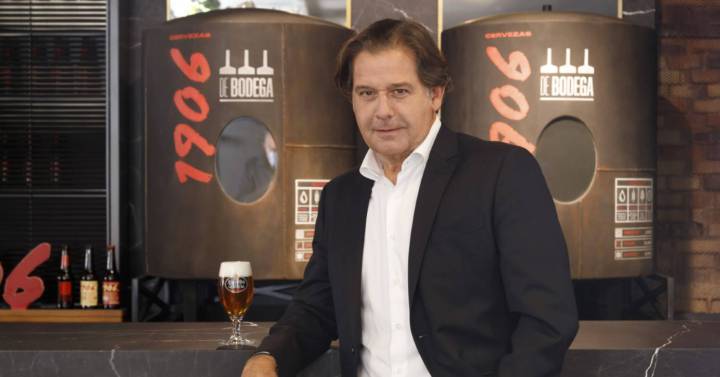 Estrella Galicia has announced the construction of a new brewery in Brazil, which will be located in the state of Sao Paulo and in which it will invest about 300 million euros, as reported by the brewery in a statement.

Specifically, the place chosen has been the municipality of Araraquara, in the state of São Paulo, where a supply of “excellent quality” water is taken for granted, something essential for the production of the Galician company’s beers.

The Estrella Galicia brewery in Brazil will be the company’s second in the world after 115 years of history. The company will invest around 300 million euros in two phases of its construction, with the aim of installing a medium-term production capacity of 300 million liters of beer per year, to be executed in two parts of 150 million liters each.

Estrella Galicia will build its factory on a 250,000 square meter plot in Araraquara, 270 kilometers from the capital. This production center, which is scheduled to open in 2023, will be a model of a sustainable factory in the environmental sphere applying good practices and cutting-edge technologies to achieve the goal of zero emissions through various measures such as the consumption of clean energy or hybrid vehicles, among others. .

The CEO of Corporación Hijos de Rivera, the company that owns Estrella Galicia, Ignacio Rivera, has presented this project in Sao Paulo accompanied by the local authorities.

The governor of Sao Paulo, Joao Doria, presented at the Palacio dos Bandeirantes, official seat of the State Government, the top executive of the Spanish brewery with the aim of supporting the launch of this industrial project that he defined as “key to the region”.

Rivera has reaffirmed in his speech the firm commitment of the company with the community, which in this case will materialize in the creation of 400 jobs in the new facilities, which will be technologically cutting-edge in terms of sustainability and respect for the environment.

“The start-up of our factory in Brazil is a dream come true and a historic milestone for our company that we hope will decisively drive our future development in America,” he said.

For his part, Gustavo Diniz Junqueira, president of the São Paulo Investment Promotion Agency, pointed out that the choice of Araraquara to host the first Estrella Galicia factory outside of Spain “shows the competitiveness of the interior of São Paulo in attracting investments”.

“400 new jobs will be created at the facilities, having a very positive impact on the region’s economy. In addition, another important point is respect for the environment. We are looking for São Paulo projects that develop their businesses in a sustainable way, which is what will guarantee the future growth of our economy, “he indicated.