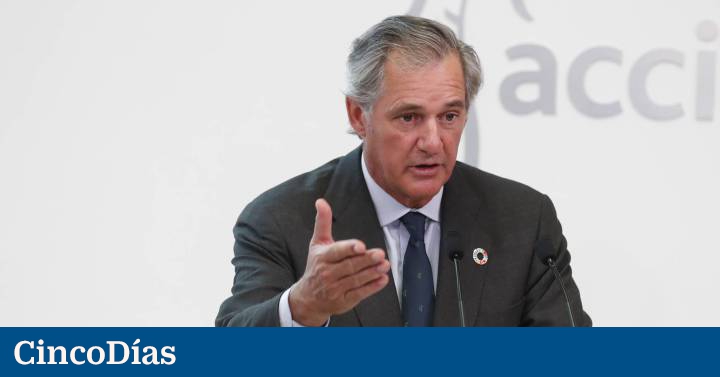 The intervention of the president of Acciona, José Manuel Entrecanales, at the shareholders’ meeting held this afternoon has become an allegation about the urgency of acting to protect the planet from climate change, and the need for the regulatory environment and policies contribute to generating a stable context for private investment. “I am not sure that we are aware of what it implies, but we are facing an unprecedented environmental catastrophe and a long way from stopping it with the speed it requires.”

Entrecanales has been critical of regulatory volatility and has demanded more support for the ecological transition, especially in the current warlike environment in Europe. “If Europe had accelerated its energy transition, we would not have energy prices where we see them now, and we would not depend on autocracies nor would we be breaking emissions records. Our energy model is not viable”, lamented the chief executive of Acciona.

From this firm focused on renewable energy, infrastructure and management of the water cycle, it has been stated this morning that “it is necessary” to attract private investment or the ecological transition will be impossible. This morning the alarm has sounded about a 57% increase in greenhouse gas emissions since the climate summit held in Rio de Janeiro in 1992.

Regarding the role of the business world, José Manuel Entrecanales has stated that it will be necessary to invest hundreds of billions to replace obsolete infrastructures and build sustainable ones, change consumption habits or speed up measures for energy independence. “We need a stable regulatory environment, consensus and coordination with the Public Administrations”, he insisted.

Another chapter highlighted in the speech offered before the board has had as sender the Government and the bodies that administer the EU. Entrecanales has charged against extraordinary taxation measures that tax first-generation renewable energy, which “only contributes to increasing legal uncertainty and discouraging investment.”

At the Acciona meeting, the company’s contribution to social development was highlighted through the so-called social cash flow, of 10,025 million euros in 2021, 28% above the 2020 figure. More than 5,100 million were dedicated to payments to suppliers, for the 1,330 million that went to the tax contribution, and the 1,159 million that supported salaries. Regarding the payment of taxes, Entrecanales recalled that the amount has increased by 24%: “I’m not complaining, but our payment of taxes multiplies our net profit by four and our dividend by six. In case someone thinks that the companies are not contributing”.

For the achievement of this last milestone, Entrecanales has highlighted the IPO of Acciona Energía on July 1 of last year. The subsidiary debuted at 26.73 euros per share and with a capitalization of 8,800 million, magnitudes that rise 26% when it is about to complete a year of listing and despite the fact that the Ibex has lost 7.5% in the same period.

The president referred to Acciona Energía as “the best renewables company in the world”, and outlined the milestone of having two companies present on the Ibex.