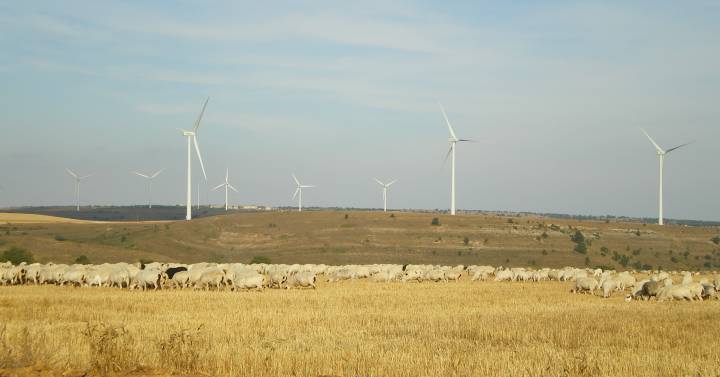 A consortium led by Engie will be the new owner of Eolia. The Canadian fund Aimco has chosen this offer, which includes the participation of the French electricity company and the Credit Agricole bank, as the winner of the bid for the Spanish renewable energy company. They will pay for the Spanish firm more than 2,000 million euros.

Aimco leaves Eolia just three years after acquiring the Spanish firm from Oaktree for 1,400 million euros, when it intended to make this firm its investment platform in renewables in Spain. The fund launched the sale in August, advised by investment bank Cantor Fitzergald. The French power company has emerged as the winner and has prevailed over Naturgy’s offers, with the participation of Plenium, ERG and Verbund, which reached the final phase of the process.

The bid for Eolia quickly aroused the appetite of a number of funds, insurers and large companies in the sector. The size of the company has meant that only the large groups in the sector have maintained their interest until the end. The seller selected these four offers to advance to the finals and submitted the final offers last week. The idea was to quickly select a winner, which has turned out to be the utility French, to start bilateral talks between the parties in these weeks. Lazard has been Engie’s advisor for this operation.

Eolia has a portfolio of 860 MW of electricity generation capacity. Since it is under the leadership of Aimco, it has increased its capacity by 200 MW. The buyer will also look at the company’s 1,050 million net debt, of which Aimco promoted a refinancing in 2020. It agreed to a loan of 500 million with four banks, with Santander and Sabadell as advisers to the operation, and issued another 500 million in bonds.

Engie, meanwhile, is in the process of asset turnover. It has a full portfolio to buy the Spanish company after divesting Veolia of its stake in Suez, agreeing to sell its energy services subsidiary, Equans, to Bouygues for 7.1 billion and transferring its shares in the French electricity transmission networks. The takeover of Eolia is also the second operation carried out by Engie in the Spanish market after the purchase of EDP’s hydroelectric plants for 2,200 million.

This operation represents the umpteenth change of hands for Eolia. The company was founded as an investment vehicle in renewables by N + 1 (now Alantra) together with several banks and investors, such as Jazztel founder Martin Varsavsky. In 2015 Oaktree bought the firm from another group of banks, formed by Kutxabank (6.13%), Bankinter (2.67%), Preneal (5.96%), BMN (4.97%) and Banco Sabadell (5 , 84%). And Oaktree sold the firm in 2018 to Aimco.

This Canadian fund is now taking advantage of the high market appetite for Spanish renewables and has accelerated the sale of the Spanish firm. Not even the government decree to try to contain the rise in the rise in electricity has made the market’s appetite for Eolia disappear.