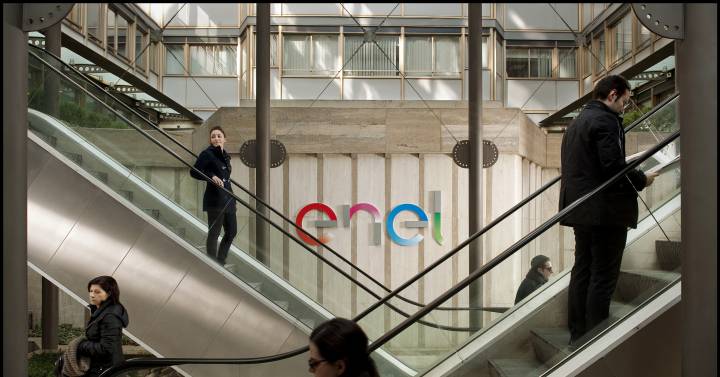 Enel’s technological ambition is powerful, and, with less than two months before it can execute the purchase option on the 79% that it does not control of Ufinet, one of the largest fiber optic operators in Latin America, the utility negotiate against the clock. The owner of 70% of Endesa is inclined to acquire the missing part from Cinven, for which it will pay up to 2,100 million euros, according to financial sources

The price is yet to be determined and the operation has not been signed. The valuation range that was established two years ago for the asset is very wide, it ranges between 1,320 and 2,100 million, but, given the success of the recently closed transactions, it is logical that the British venture capital giant wants to pull the appraisal towards the upper part. The sources consulted indicate that they are negotiating the terms of the operation. If Enel finally prefers to stand, Cinven will open an auction to make cash with the asset.

Ufinet, according to the sources consulted, fits 100% with Enel’s strategy, which plans to invest around 40,000 million euros in networks and renewable energies in the next three years. That money will focus on “development of renewable energy, fiber optics, electric mobility and flexibility systems,” according to a company document. In another writing he even points out that he seeks to “accelerate the growth of the ultra-wideband sector in Latin America.” However, both Enel and Cinven have declined to comment on this information.

Enel, which controls 70% of Endesa, saw the business about three years ago, when it acquired 21% of Ufinet from Cinven for 150 million. Now you can finish the game with the acquisition of the remaining 79%. The British venture capital manager self-bought Ufinet’s business in Latin America in May 2018, by transferring that stake from its fund V to fund VI, after the corresponding disbursement.

Cinven made cash in 2018 with juicy capital gains of about 1,100 million, including also the division in Spain –which Antin stayed and renamed as Lyntia–, while betting on continuing to grow the company in its division in Latin America. And the expansion has been a success. The fiber optic businesses have been especially resistant to the crisis caused by Covid, and since it broke down, Ufinet International has grown remarkably.

Now, the company has more than 75,000 kilometers of fiber in 17 countries on the other side of the Atlantic, compared to 50,000 kilometers in May 2018. The management has been jointly between Cinven and Enel, since, despite the minority position of the company that Francesco Starace directs as CEO, voting rights were shared 50% at the shareholders’ meeting.

The greed for fiber is demonstrated by Adamo’s sales of EQT to Ardian, as well as by Reintel’s auction of up to 49%, in which at least seven firms are up for bid. Among them, Allianz, Macquarie, KKR, Ontario, Swiss Life and Munich Re and QIC, an Australian sovereign wealth fund. MásMóvil, meanwhile, is looking for ways to finance the upgrade of part of the cable network acquired thanks to the takeover of Euskaltel.

Cinven did a good business by buying the fiber optic business from Gas Natural Fenosa in 2014 for around 500 million euros. He made cash in 2018 in two packages, a Spanish one, which Antin acquired, and the Latin American one, which was self-sold and which is now up for grabs. Antintambién later acquired Iberdrola’s dark fiber. MásMóvil sold a part of its fiber to Maquarie and Aberdeen, who created Onivia.