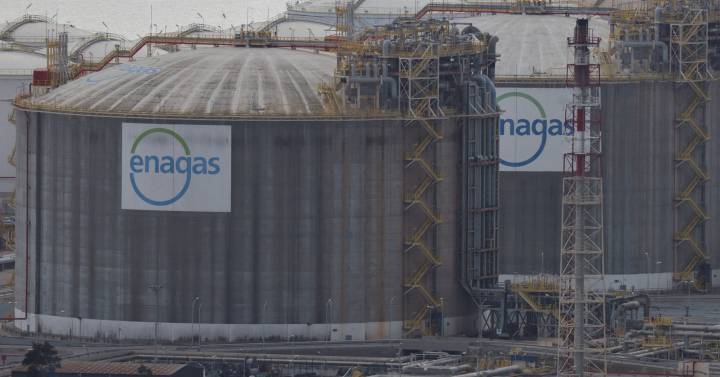 Enagás has been a whirlwind of information in the first two months of the year. It has announced changes in the management team (Arturo Gonzalo Aizpiri replaces Marcelino Oreja as CEO); the business guidelines until 2030; a boost to renewable energy (it has allowed the Clean H2 hydrogen fund to enter its renewables subsidiary, with a 30% stake) and continuity in the dividend. In this time, the value has continued with the downward trend that began last December, and already accumulates a decline of more than 8% in 2022.

This week, Citi, CaixaBank and RBC have recommended selling the energy company’s shares. Others choose to maintain, such as Bestinver, UBS or JP Morgan. At a global level, the advice to hold prevails (45% of the total of Bloomberg), compared to the advice to sell (36.4%) and buy (18.2%). The share exhausts the potential on the average target price of 18.82 euros.

Ángel Pérez Llamazares, from Renta 4, has reiterated a “hold”, after knowing the latest references and some results that “have been above consensus expectations thanks mainly to amortizations”. Enagás earned 403 million in 2021, 9% less, with a drop in revenue of 4.8%, to 991 million euros.

Bankinter, which is one of the few firms that is inclined to “buy”, acknowledges that “investor appetite for regulated companies with high dividend yields is reduced in environments of recovery of activity and rebound in bond yields”. But it contemplates positive factors to have it in the portfolio: high dividend yield (greater than 9%); improvement in the expectations of TallGrass (TGE) due to the recovery of energy prices (it is the main international subsidiary with 50% of the investments outside the regulated business); the development of hydrogen as a long-term opportunity, and the generation of capital gains in the rotation of assets.

Bestinver shows more caution. Daniel Rodríguez says that “Enagás offers an unattractive investment proposal”. The analyst supports his opinion in “the combination of a regulated activity in decline in Spain and international operations strongly biased towards the US shale oil and gas industry (one of the cleanest fossil fuels). “We are not particularly excited about the mature gas business in the domestic market and the fixed nominal yields until 2026, compared to the current environment of increase due to higher inflation expectations,” he explains.

Regarding hydrogen, Rodríguez considers that “it has a complicated position with the aim of playing the role of TSO [transmission system operator] neutral and participate in production projects”. Waiting to confirm how the project will materialize.

Citi has long held the most extreme position. “An increase in interest rates in Europe, the regulatory risk in Peru and the increase in the cost of debt” are some of the uncertainties that he contemplates. He has cut the target price again, to 11 euros, and reiterated that “the dividend policy is value-destroying.” “The group is under pressure to receive dividends from its subsidiaries, which further increases its debts and challenges the financial stability of the company,” says the firm.

Fitch argued that “greater visibility on the energy transition and on proceeds from divestments will be crucial for the sustainability of Enagás’ rating in the medium term.”