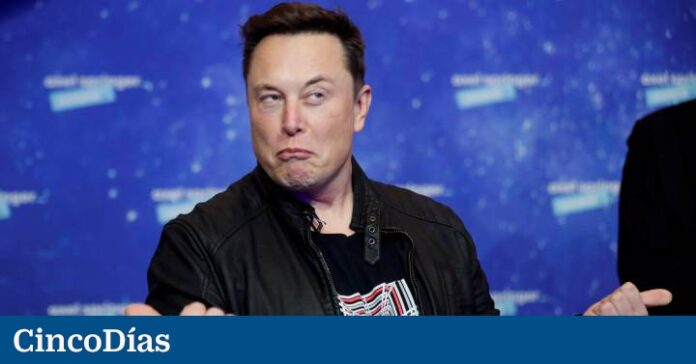 Elon Musk, the founder of the electric car company Tesla, has assured through Twitter that Apple CEO Tim Cook refused to hold talks to buy his company in 2017. According to Musk, at that time he approached the CEO of the apple company to propose the operation and he rejected the meeting.

At the time, Tesla was valued at $ 60 billion, ten times less than the company is now worth. Musk acknowledges that the attempted conversation took place “during the darkest days of the Model 3 show,” a period when his company was in financial trouble.

As the BBC recalls, during that cash crisis Tesla experienced, the billionaire businessman told his employees that his factory was facing a very tough period. He even went as far as tweeting about having to sleep in the factory itself while trying to fix the company’s production bottlenecks. Tesla, which managed to overcome those problems, has posted consistent profits since the second half of last year.

In the third quarter of this year, Tesla obtained the best results in its history, with a net profit of 331 million dollars, 218% more than in the same period of 2019, which allowed it until that date to accumulate profits of $ 435 million in nine months. In October, the company also reported a record in the delivery of vehicles in the third quarter, 139,300, which represents an increase of 7% year-on-year.

Musk’s comments on Twitter about this attempt to reach out to Apple come just after it was revealed that Apple plans to be ready to produce its own autonomous car by 2024. The apple company has made it clear that it has its own ambitions in this industry and has hired several former Tesla executives, in addition to buying some companies specializing in autonomous driving technologies.

Both Tesla and Apple have experienced a stock market rally since 2017. Tesla has increased its capitalization by 1,400%, although the iPhone maker remains the most valuable company in the world, with a capitalization of $ 2.2 trillion. Tesla is worth more than 606,000 million.

Also following the news that an Apple Car could arrive in a few years, the CEO of the Volkswagen automotive group, Herbert Diess, has assured that they await the arrival of new competitors to the mobility sector that will accelerate the change in the industry and that could become a bigger challenge than traditional competitors like Toyota.

“We are looking forward to the arrival of new competitors, which will undoubtedly accelerate the change in our industry and bring new skills,” said Diess in a publication on his Linkedin profile, collected by Europa Press, after being asked about the information from Apple.

For Diess, the “incredible” valuation of this company and its “virtually unlimited” access to resources “instill a lot of respect.” “The most valuable company in the world will once again be a mobility company. It could be Tesla, Apple or Volkswagen,” he added.