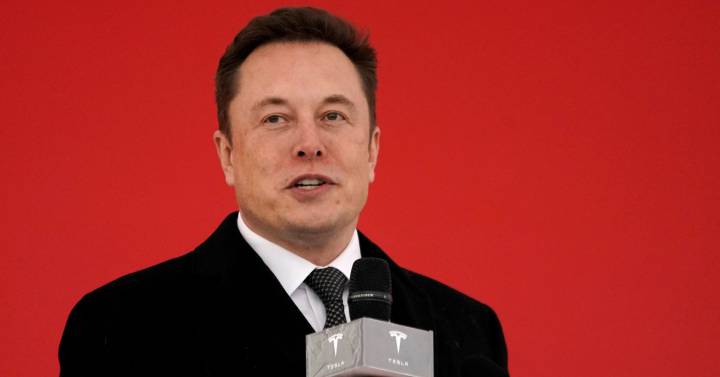 Tesla exceeded market expectations and achieved record results in the first quarter of 2022 with a net profit of 3,318 million dollars (3,037 million euros), 658% more than a year ago, thanks to the increase in vehicle deliveries and the lowering of its production costs, thus offsetting the impact of the confinement of a factory in Shanghai. Shares of the company rose as much as 7% in after-hours trading after falling 5% at the close of the Wall Street session.

The electric car maker said the first three months of the year represent a record quarter in terms of revenue, vehicle deliveries and operating profit, adding the company remains “focused on growing as fast as reasonably possible.” despite supply chain challenges.

The Austin, Texas-based company said the profit increase was due, in part, to growth in vehicle deliveries, lower costs per vehicle despite inflation, and increased sales of emissions credits it receives for the production of electric cars.

In addition, Tesla entered 616 million dollars for energy generation and storage and 1,279 million dollars for services and other concepts. In total, Tesla’s revenue grew 81% to $18.756 million. The adjusted gross operating result (Ebitda) was 5,023 million dollars, 173% more than in the same period of 2021, and the margin amounted to 26.8%.

During a conference call with analysts and the media after the publication of the results, the CEO of Tesla, Elon Musk, assured that the company will grow significantly this year and that it will produce 1.5 million vehicles. In 2021, Tesla produced 930,422 vehicles and delivered 936,172, an 87% increase from the previous year.

Musk offered to buy Twitter last week, raising concerns that he would be distracted from Tesla’s operations as the company ramps up production at new factories in Berlin and Texas.

This year, in addition to its plants in Fremont (California, USA) and Shanghai (China), Tesla will have fully operational facilities in Texas (USA) and Berlin (Germany).

Musk said that despite the problems at Tesla’s Shanghai assembly plant due to the Covid-19 outbreak affecting the Chinese city, the company “will be able to produce 1.5 million cars this year.”

In filings for shareholders and analysts, Tesla said its assembly plants have the capacity to ramp up production because they have been running “below capacity for several quarters” due to supply problems affecting the entire industry.

Tesla expects the problems to continue through the rest of 2022. Musk acknowledged during the conference call that the development of Tesla’s self-driving technology is slower than he had anticipated. But he also pointed out that he wants the company to commercially produce a robotaxi that would work with autonomous driving by 2024 and that in 2023 Tesla will organize an event about this vehicle.

The controversial businessman also encouraged Tesla car owners to sign up for the FSD (Full Self-Driving) beta program. Two days ago, Musk claimed that the show already had about 100,000 subscribers.

Musk is governed by a compensation plan that the brand presented in January 2018 for the following decade. His compensation is divided into twelve tranches subject to objectives that must be achieved in the next ten years. To collect it in full, Tesla will have to reach a market capitalization of 650,000 million dollars, invoice 175,000 million dollars and register an Ebitda of 14,000 million, explains Soy motor.com.