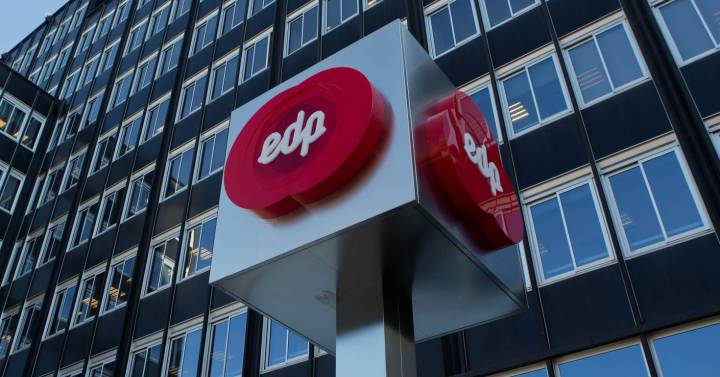 The coal is back. Against all odds, the rise in gas prices in international markets has made black mineral a more competitive fuel than gas, despite the fact that, being more polluting than gas, it must pay three times more for emission rights of CO2 (with a rate per ton of 0.4 and 1.2, respectively). This circumstance, unthinkable a few months ago, has meant that the electricity companies that still maintain their facilities, although almost all with a closure request pending before the Ministry for Ecological Transition.

Endesa’s decision to resume activity at its As Pontes plant (A Coruña), for which it has acquired 190,000 tons of coal, is now joined by EDP, which has decided the same for the Los Barrios plant in Cádiz , one of the Viesgo assets that the Portuguese energy subsidiary bought from the Australian fund Macquarie in July 2020. EDP sources confirm that Los Barrios is preparing to recover production, given that it can now compete comfortably with the gas.

Taking into account only the price of energy and CO2 as variable costs and excluding the hourly distribution of the price in the electricity market, the differential between gas generation (using the Dutch TTF) and coal (API 2) jumps in sight; in the spot, the coal margin is currently 100 euros / MWh, compared to 17 euros / MWh for gas, with a spread of more than 80 euros in favor of the former. For 2022, coal continues to gain, with a variable margin of 25 euros / MWh compared to 4 euros / MWh for gas. Surprising data considering that, until last summer, the coal spread was negative.

Power plants with plants still operating, but which were expelled from the market in 2019, when the Government decided to eliminate the so-called green cent rate on coal and keep it on coal, already punished by the EU decision to raise prices of CO2 rights by limiting their offer, they have decided to take the opportunity to return to the pool. Generation with coal in this time has been limited to the restricted market, although so far this year there has been a slight increase in production, above 2019.

This is the case of Endesa and EDP, since the few conventional thermal plants of Iberdrola and Naturgy are already in process or about to be dismantled. Not so those of its competitors. In 2018, Endesa requested the closure of its large national coal plants, those of Compostilla (León) and that of Andorra (Teruel) and, already at the end of 2019, it requested the ministry headed by Teresa Ribera for the closure permission of the that use imported mineral (As Pontes and Carbonera, in Almería). What the company called “the discontinuity” of the activity of these plants. A decision that forced to make a provision for accounting impairment of 1,300 million.

Respite for the ‘pool’

Industry sources assure that the return of coal, despite going against the energy transition, has been well received by the ministry and the system operator, REE. At the end of the day, this is what countries like Germany are doing, and it can give the wholesale market a break, if the marginal price is marked by coal, lower than that of gas, although it provides a greater margin to generators.

From the moment a facility receives administrative authorization, the owner has one year to formalize the closure, but this only ultimately depends on the will of the company. If that year elapses, the ministry’s permission lapses and, where appropriate, you must reapply for it.

Both As Pontes and Los Barrios are within a one-year period in which they could continue to operate, without closing the door upon closure. In fact, both Endesa and EDP insist that it is a temporary measure. Carboneras, on which rumors circulate that Endesa could reactivate it due to its excellent location, is also in the same case. A spokesman for the power company denies it: “there is no longer any operation or equipment to function and the last burning took place three weeks ago.”

Although in the electricity sector they assure that the regulation obliges the plants to make offers in the market, which justifies their decision on As Pontes, the truth is that none of them has had availability to operate and, in many cases, not mineral in its parks.

Reconversion. In July 2020, the EDP group, in line with its competitors, communicated its decision to renounce the coal-fired generation license in the Iberian Peninsula, which affected its Sines plant and the Asturian Soto de Ribera 3 plant. However, the energy company chose to maintain its Aboño plant in Gijón, which will be converted to burn Arcelor’s iron and steel gases and to produce electricity as support in the event of unavailability and as a guarantee of supply. However, EDP’s strategy is to phase out all of its coal by 2025.

Hydrogen. For Los Barrios, one of the assets it acquired from Viesgo, in addition to its distribution networks, was the previous owner who requested its closure in 2019 from the Ministry of Ecological Transition. In the case of the Cadiz plant, EDP has a project for the production of green hydrogen and a 255 MW lithium battery warehouse, with an investment of 550 million. The project will allow the supply of renewable energy for the entire industrial environment of Campo de Gibraltar and export by sea. The goal is to turn this environment into a hydrogen pole to decarbonize nearby industries.