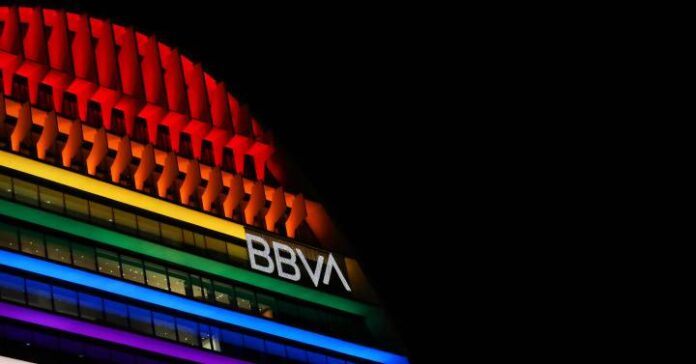 For a company, diversity represents a competitive advantage that provides opportunities and benefits not only for the corporation itself but also for society. Having diverse teams improves productivity and the work environment, fosters creativity and takes better advantage of business opportunities. BBVA has come a long way in this area, as the entity showed with the celebration, the second week of December, of Diversity Days, a conference to highlight the projects implemented so far and draw a roadmap with new challenges and in whose webinars About 8,000 employees of the entity participated worldwide.

BBVA has made diversity and inclusion another business objective, in which each area of ​​the bank is responsible for action plans to achieve them. “The challenge of diversity is one of BBVA’s transforming pillars in the management and training of our employees,” says José Antonio Gallego, BBVA’s head of diversity. “Ensuring a diverse work environment, in the broadest sense of the term, makes it possible to better adapt to the needs of the heterogeneous group of clients and offer a more complete service. For this reason, we are developing a series of initiatives that promote the inclusion of those groups that are less represented in the workforce or that may have more difficulties in accessing and promoting them ”, he says.

Thus, one of the points where the talent and culture policy (human resources) most influences consists of break down barriers that prevent more diversity in positions of responsibilityd. And for this the entity acts on three lines of work. The first focuses on eliminating unconscious biases in the selection processes, with actions such as the application of the Rooney rule, which requires that at least half of the final candidates for internal positions be women, or the use of inclusive language in the drafting job offers, a measure that has been recognized by the Spanish Global Compact Network as one of the best business practices related to SDG 5 in 2019.

Unconscious biases have been eliminated in the selection processes

The first results after implementing the Rooney Rule, explains the head of diversity, “they reflect that 38% of new appointments have been women, when before its application it was around 21%”. And “in the tests carried out, an increase of up to 30% in the recruitment of women with inclusive offers has been detected”.

A second line of work is intended to help make female talent visible within BBVA and accompany women who have greater potential in the organization in order to facilitate their promotion, with initiatives such as High Potential Women. “Although the number of women in BBVA is more than 50%, when it comes to reaching positions of management this percentage drops to about 30%. One of our objectives is to increase this percentage, ”says Gallego.

And the third line consists of a series of initiatives to equalize career opportunities of men and women. “This highlights a pioneering campaign that the bank launched at the end of 2019, Work better, enjoy life, with measures regarding digital disconnection, good practices to achieve efficient use of working time or the closure of the bank’s corporate headquarters in Spain from 7 pm ”, Gallego highlights.

Although gender diversity is the bank’s highest priority, as Gallego acknowledges, “our ultimate goal is to be an inclusive bank for all.” For this they work hand in hand with the so-called ERG (employee resource group), groups of employees who voluntarily work to improve diversity in the entity. “We have a total of 15 ERGs at BBVA, with whom we work not only on gender diversity but also on LGTBIQ + diversity, racial diversity (mainly in the United States and Colombia), different capacities or senior talent, among others,” explains the manager. diversity bank.

Regarding the initiatives in support of the LGTBIQ + collective, one of the main milestones has been the creation of the manual Normalizing the differences, a guide for employees to have a basic understanding of sexual diversity.

The talent and culture policy of the financial institution also affects aspects such as the conciliation (offering, for example, better conditions to future fathers and mothers where these benefits are lower) and the fight against gender violence. In countries such as Mexico and Turkey, the bank has a direct telephone line for domestic violence, which offers psychological support, medical assistance, legal advice and referrals to expert organizations. And also in Spain, when a case arises, measures such as the preference in transfers or the reduction or flexibility of the working day are provided.

Coinciding with the Diversity Days, BBVA Research published the report Gender diversity and training. Among its conclusions, it stands out that the number of employed women in Spain has fallen somewhat more than that of men between October 2019 and June 2020, and the recovery of employment in the third quarter of 2020 has been slightly higher among them, widening the difference of genre.

For Alfonso Arellano, economist at BBVA Research and author of the report, a factor that helps to explain part of this gender gap is related to economic activity. “As with the previous crisis, the impact of this pandemic is being very different by economic sector. Faced with a better performance of activities such as information and communications and financial and insurance activities, others have been seriously affected, such as commerce, transport, hospitality, and artistic and recreational activities. In this context, the employment of women focuses on certain activities that are being most affected, such as the paradigmatic case of the hospitality industry ”, he highlights.

“Gender differences in the unemployment and occupation rate are drastically reduced as the educational level increases, even during these pandemic months. In this sense, education constitutes a great equalizing element between men and women ”.