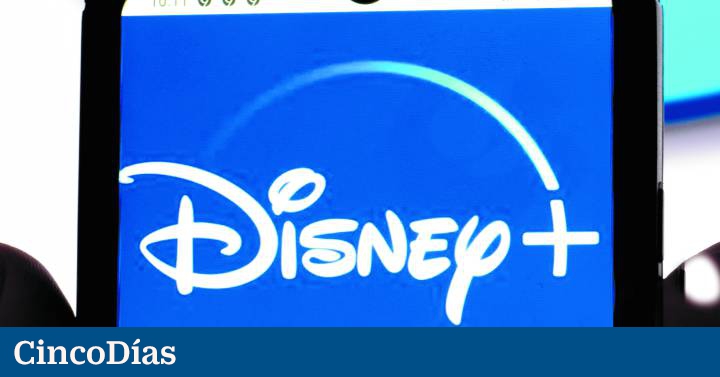 Disney has already established a price and date for the launch of the version of its platform streaming Disney+ with ads. The new offer will be called Disney + Basic and will be released on December 8 in the US for $7.99 per month, the same price that the ad-free version of Disney + costs now, which that same day will increase its price by 37% until $10.99/month, and it will be called Disney+ Premium.

The version with ads will include, according to the company, the same content available in its ad-free offer, and will air four minutes of ads per hour of content. It will start with 15- and 30-second ads, but will expand to a “full set of ad products” over time, said Rita Ferro, head of Disney Advertising Sales. The company clarified that Disney+ with ads will not accept political and alcohol ads.

According to the publication Variety, specializing in the entertainment business, the company expects most Disney+ customers will opt for the cheaper, ad-supported plan over time, similar to Hulu, another Disney service that has two-thirds of its subscriber base online. advertising plans. The Disney’s strategy seems directed, adds this publication, to mitigate the irritation of Disney + subscribers by the price increase on the plan without ads.

Disney+ joins the plans of Netflix, which three weeks ago announced that it will launch its cheapest and ad-supported plan in early 2023. A proposal that also tries Warner, which last week said it will merge HBO Max and Discovery+ into a single platform by 2023 and plans to offer a cheaper subscription, even freein exchange for ads.

The three news stories come at a time when Wall Street is taking a much closer look at the costs, growth prospects and potential profits of the streaming. And everything points to the fact that advertising will allow the three companies to offer more options and prices, which is especially relevant in difficult economic times like the current ones, with skyrocketing inflation and a looming recession. In addition, advertising revenue can help defray the high cost of spending on content.

In this context, Elena Neira, a professor at the UOC, clarifies that in the US the subscription market with advertising is quite mature, as there are already multiple services that have adopted this model, such as Hulu, which offers versions with and without advertising. And she remembers that the ad-supported version of Warner’s plans has always been there. “When they relaunched HBO Max, they already considered launching another cheaper version with advertising, since they were the most expensive platform on the market ($14.95); Now we don’t know what it will look like when the new platform merged with Discovery is launched.”

For Neira, in any case, the reasons that have led Disney + and Netflix to want to launch versions with advertising are very different, although the destination is the same. “In the case of Netflix, it is due to the weakness of its business model, which is highly dependent on subscriptions. The pressure of inflation and increasing competition is doing him a lot of damage and has led him to look for a new way that allows him not only to attract and retain customers but also to obtain new income, which is advertising”.

And this new bet too would calm investors, As Neira points out, they are very concerned about the loss of clients that the platform has had in the last two quarters and they see that the launch of the version with advertising “could strengthen the company and make it less volatile.”

In the case of Disney, continues the UOC professor, launching a version with advertising is a declaration of intent: “It wants a cheap platform with ads to compete with Netflix, at a time of economic crisis, and for people who do not want to see advertising pay much more. It is the perfect excuse to raise the prices of all the packages they have and, above all, make Disney + more expensive, which, today, as it is proposed, is an excessively cheap service.

“The great unknown was knowing how they were going to play with prices [a partir de 10 de octubre también subirán los de Hulu con y sin anuncios, y los paquetes que incluyen Hulu, Disney+ y ESPN+]but this launch makes a lot of sense, because they are aware, as they have said, that they are not going to grow at the rate they had planned and they need alternative income to paying for subscriptions”, he continues.

For Neira, these offers with advertising will remain over time, even if economic conditions improve. In addition, it warns that, just as these platforms of streaming profoundly changed the television business when they launched, they are going to have a major impact on the digital advertising business. “When these big companies bet on ads, what was missing from the digital advertising market will come to really mature, which is the support of the big platforms”.

The UOC professor is convinced that with these launches we are going to enter a “very interesting” period of development of the digital advertising market, “which is very successful and is doing very well on certain platforms, but there are still advertisers who are very reluctant to see it, and the fact that new people enter the business players like these platforms streaming can help eliminate them.

This expert believes that Netflix, Disney+ and the future Warner platform with advertising will allow the development of advertising based on affinity and not coverage, “and not only with conventional advertising like the spots of a lifetime, but with different formats”. Netflix, and these platforms in general, have, as he points out, an encyclopedic knowledge of what their users’ preferences are. “And that is the basis of YouTube’s advertising success as well. So if well planned and monetized, and without saturating, these platforms with advertising open a very prosperous door for us.”

As to whether any of these three platforms is better positioned to attract advertisers, Neira believes that Disney+ and Warner already have their trust because they are companies that have television networks. “Advertisers already know them and they don’t have to prove anything to anyone” Regarding Netflix, he is very optimistic. “Although it is still unknown how the implementation by countries of this cheaper version of the platform is going to be, I stick with what Ted Sarandos said [co CEO y responsable de contenidos de Netflix]when they announced the ad-supported version: ‘We wanted to make the best possible television and we are going to want to do the best publicity possible’. And I think that with all their technological capacity and with Microsoft behind them, they can be successful”.

Another positive point in favor of Netflix, according to the UOC professor, is that this company takes the measure in the opposite way to Disney, “because while Disney launches the version with advertising to make the version without ads more expensive, Netflix does it to offer a cheaper service, because the big problem with this company is that it is a mature platform and much more expensive”.