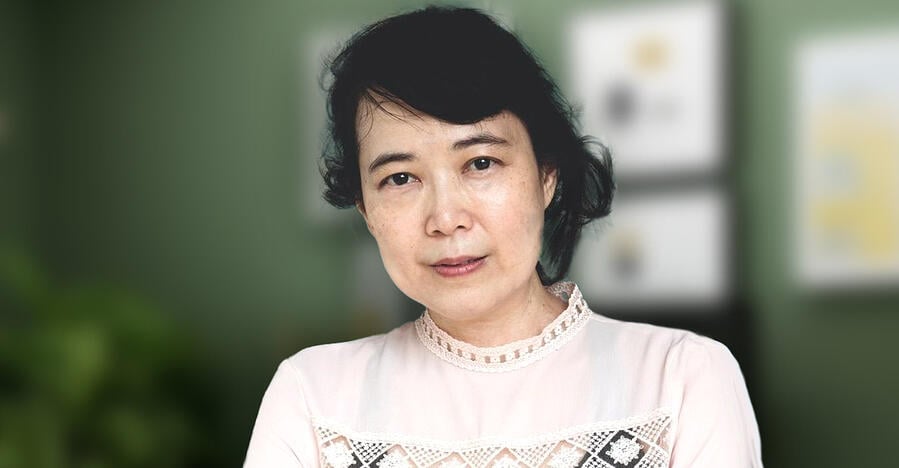 “For Avast, having a culturally diverse workforce provides in-house opportunities to understand aspects of a different culture and the way they prefer to do business.”

Before Siew got into law, she obtained a degree in arts and journalism and worked as both a journalist and creative writer. She has written for newspapers in Brunei, Singapore, and Australia and has also had four books – including three novels and a children’s book – published in the UK, Australia, Singapore, Malaysia, and Greece.

“People tend to think law and art are on opposing ends, but that is not so,” says Siew. “Particularly in common law countries, there are stereotypes of the hierarchical and hidebound lawyer and the wild, free artist. However, one can be logically creative or creatively logical. It’s not an either-or proposition. It may just be the way one’s mind works, and that leads to diverse ways of thinking.”

She goes on to explain, “For example, to write a novel, you need a structure – it may be an odd structure but there needs to be underlying logic for the creative edifice to balance itself, so that the reader may suspend disbelief while reading it.”

“On the other side, to approach a legal problem, you not only have to know and use the rules and interpret it accurately by understanding the purpose for the rule (logic), but you may also have to apply the rule creatively in a given situation in order to encompass that purpose or to come to a fair conclusion, otherwise it can be absurd. Therefore, in both scenarios, logic and creativity come into play and work together.”

Can you tell us a bit about yourself and your professional journey? What does diversity mean to you personally?

I think I belong to that noble tradition of lawyers who are creative writers or creative writers who are lawyers. I worked as a journalist for newspapers in my holidays before entering and during university, and also wrote for magazines, including writing a humorous column. My first job after graduating was to be a foreign affairs reporter in Brunei Darussalam.

I’ve also had short stories published in the US, Canada, the UK, Singapore, Malaysia and Australia, including having them broadcast on the BBC World Service and ABC Radio National. I’ve been blessed to have received national and state awards for my writing, including being shortlisted for Australia’s top national literary award, the Christina Stead Prize for Fiction in the New South Wales Premier’s Literary Awards.

In one of my first-year law lectures, a Queen’s Counsel, who was our lecturer, announced to us, “Law is creative”. He then showed concentric circles of how different areas of law overlapped to form a whole. People had told me law was boring or too much work, but I had always thought I would like to enter law as I love reading, thinking and have an innate sense of fairness. I found law so enjoyable that I ended up graduating as the Dux of Griffith University Law School and receiving many awards in law, including the Dean’s Award and the state-wide Una Prentice Award (named after the first female law graduate from a university in Queensland).

I worked in the legal area for Avast during my university holidays and even while studying. Upon graduating, I relocated to Prague to work as a Legal Counsel at Avast, where I now cover a wide area with work in commercial, compliance, and litigation.

I’ve also advised and put processes in place for our legal compliance in the areas of export control and modern slavery. I’ve always been curious and interested in different things and perhaps that shows in my diverse career. It gives me a broad perspective to work from.

Cultural diversity has always been important to me because culture encompasses a person’s inner make-up and is not just the environment and customs in which one lives.

I think people often mistake racial diversity for cultural diversity. It’s not the same, and often, cultural diversity is more difficult for people because people tend to congregate with those who are culturally similar to them, or they feel more comfortable with those of similar cultures. For example, immigrants’ children (who are born and grow up in a different culture) could be culturally similar to the prevailing culture around them and absorb its prejudices. Therefore, while a person’s skin color may be different, their culture may be the same or similar to those around them.

Culture is interesting because it’s a composite of so much that can be described as the inner workings of a person and includes not only the external country one resides in, but also family background, books read, travels, personality, mindset, psychology, and so on. Mental openness and curiosity go a long way to bridging cultures.

I used the lessons that I learned at the Bridging Cultural Difference Series almost immediately in a legal matter I advised on, alerting another area of the business to the consequences of certain actions in a relationship-oriented culture.

Embracing cultural diversity is key to a high-functioning global workplace. There are so many benefits, including the profit margin. Imagine if you understood the cultures in whose markets you are trying to break into, instead of pushing them away as being different or advertising in a way that doesn’t make sense to them.

For our business, having a culturally diverse workforce provides in-house opportunities to understand aspects of a different culture and the way they prefer to do business. This also applies to being an in-house lawyer in a global company. Understanding the parties globally that you deal with, where someone is coming from, and the problems that arise, helps in creating trust and finding solutions.

For all areas, having a different viewpoint leads to better solutions and business. Unfortunately, sometimes some people’s opinions are rejected on the basis of their status or culture, race, or sex. If the same opinion was given by someone considered as the norm, it would be listened to and endorsed. Being inclusive of others leads to a stronger team.

What are some of your key takeaways from the Bridging Cultural Differences Series? What surprised you the most?

For me, the key takeaways from the series are as follows:

What surprised me the most was my Intercultural Assessment Profile. I’ve lived in the Czech Republic for more than four years in total, studying law for a term and working for Avast, and it appears the country I was assessed as being most culturally similar to out of 30 countries was the Czech Republic. I’m Australian, but I was born and grew up in Singapore with Chinese and Peranakan heritage. While I was considered still relatively culturally similar to Singapore and Australia, they were at some distance away. Either the assessment is incorrect, I was born culturally Czech without realizing it, or I’ve become culturally attuned to my surroundings!

I wish more people would examine their cultural prejudices and see being culturally adept as something more than eating the occasional pho, pizza, or potato dumpling. However, in the end I think courtesy and a kind heart go a long way to mitigate any cultural bloopers that one makes.