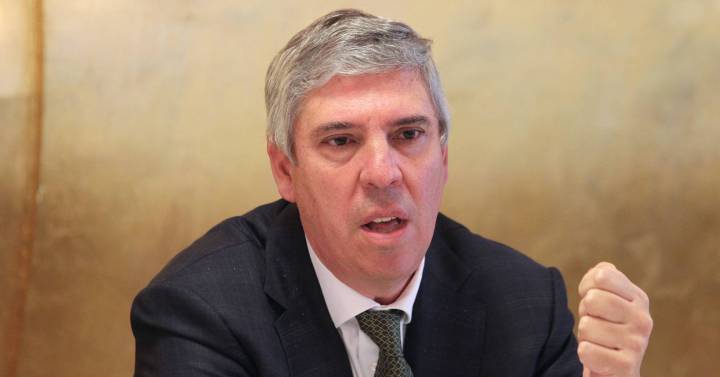 The president of the vehicle manufacturers association (Anfac), José Vicente de los Mozos, defended this Thursday that adopting a global agreement for the entire automotive industry in Spain would cause competitiveness and viability problems, referring to the new reform that the Government studies.

De los Mozos has underlined, in a meeting with the press in the framework of the Barcelona car, that the sector is “against a global automobile agreement” and has defended that the motor has more than 40 years of collective bargaining with unions.

“We builders depend on the type of business we have. In the case of Renault, we have developed four industrial plans that have placed Castilla y León as a benchmark for automobiles,” said the global industrial director of the Renault group and a member of the address of the rhombus consortium.

In addition, it has been concerned about the rise in the price of energy in the wholesale market, which has exploded in recent months, reaching peaks of almost 200 euros per megawatt hour. The manager has pointed out that in Spain the energy consumption of a car production plant is more expensive than that of another factory in France. “If the price of energy rises, it goes against our competitiveness. Today the impact on production is more concerned than the sale of electric vehicles,” he warned.

De los Mozos, also president-general manager of Renault Spain, has made reference to the Strategic Project for the Recovery and Economic Transformation (Perte) of the Electric and Connected Vehicle (VEC) and he has assured that Anfac still does not know the details, despite the fact that he is aware of the “effort” of the Executive. “El Perte is not going to solve everything, we will have to see the fine print. At Renault we are not waiting to meet him to make decisions,” he stressed.

The lack of global supply of semiconductors or chips that affects the automotive industry around the world has caused the employers to revise their sales forecasts for this year downward, from 925,000 to 900,000 vehicles, which is slightly above 2020 and 25% less than in 2019.

The president of Anfac has affirmed that already before the pandemic there was a problem of global capacity of these components and has warned that “all the components are in Southeast Asia and the United States. According to De los Mozos, the engine only consumes between a 10% and 15% of the global chip supply, with the rest going to electronic equipment manufacturers.

“The automotive value chain is no longer only in manufacturing aluminum parts, but in battery factories, software … This is the new value chain. You do not have to be so innocent and know that the decision centers are in Germany and France, and if Spain is not an attractive country we will have a viability problem in the future, “he indicated.

The Automobile Barcelona will serve as the setting for the meeting of the Anfac board of directors, in which the head of the Executive will be present. The employers’ association of vehicle manufacturers will also hold a forum tomorrow to address the challenges posed by electrification in the field of mobility and which will be attended by the Minister of Industry, Commerce and Tourism, Reyes Maroto.

The 41st edition of the Barcelona Motor Show, which will be inaugurated by Felipe VI and Sánchez, is held two months after the scheduled date, which was from July 8 to 18, in order to bring together the largest number of manufacturers in a year in which the engine experiences one of its hardest moments due to Covid-19 and the lack of chip supply.