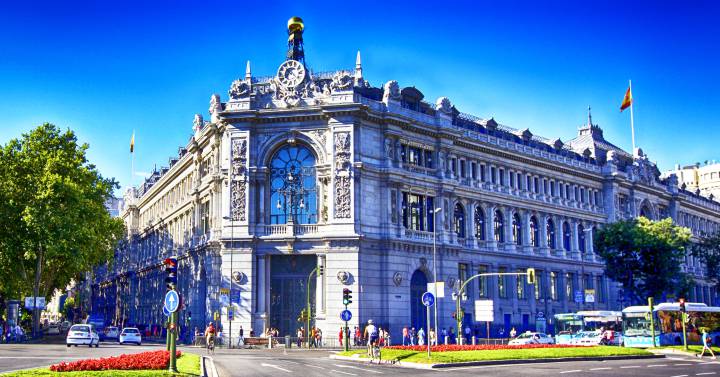 Spanish banks still show no signs of an increase in non-performing loans despite the crisis in the coronavirus, though the situation could change in a few months due to the weakness of
some sectors, those most affected by the pandemic, and the risk of non-payment of a loan volume of 93,000 million euros, which is equivalent to 8,6% of the financing they had granted to businesses and households and it represents an increase of 13% since december and 53% in twelve months, according to data from the Bank of Spain at the end of June.

Loans in arrears amounted to 53,543 million in August, 4.43% of the total, according to the latest data published by the body headed by Pablo Hernández de Cos.

Of these 93,000 million in credits in “special surveillance”, that is to say, they show a greater probability of becoming delinquent than the rest of credits that are up to date with payment, about 58,000 million (9.6% of the portfolio and 16% more than at the end of 2020), correspond to loans to companies especially affected by the pandemic, such as those linked to the hotel industry, tourism, transportation or automobile manufacturing, which have accumulated the largest increases in bank debt and bad credit. The remaining 35,000 million, (6.6% of the total and 9.3% more than at the end of the year), are loans granted to families, as detailed today by the Director of Financial Stability, Regulation and Resolution of the Bank of Spain , Ángel Estrada.

The Bank of Spain, after underlining that certain signs of deterioration and vulnerability have been observed in the credit quality, alert, in particular, to the significant increase in loans under surveillance special and refinancing, especially among customers with ICO endorsement, for which it has warned that, if the risks materialize latent, 40% of financial institutions would have to make provisions additional in the coming years to those carried out last year as a precautionary measure.

This could happen in spring, once The two-year grace period included in loans to companies with public ICO endorsement expire.

The growth of loans at risk of default began to register from the third quarter last year and accelerated “remarkably” in the fourth quarter, and in the first half of this fiscal year, the interannual variation of these credits it has continued to rise, he notes.

Despite acknowledging that the economic improvement has resulted in a reduction of the losses expected by the banking sector, insists that there may be “latent” impairments in the loan portfolios that “could materialize in the coming quarters and reduce the generation of results of the sector “which could weaken the intermediation capacity of those banks with a lower level solvency.

The bank has made provisions to cover litigation for about 2,500 million euros.

The supervisor estimates that the economic measures adopted and the vaccination will allow the recovery of the activity at the pre-crisis level, and ensures that “for the moment” seems to have been avoided scenarios of significant increases in business bankruptcies, although remember that the measurements extraordinary support for the economy “still are very important. “And alert that economic evolution may be affected by various vulnerabilities and risks, which “still remain at high levels”, including an uneven recovery between sectors or a more persistent high inflation than is currently estimated.

Apart from the signs of credit deterioration, the Bank of Spain points out as another vulnerability the increase in indebtedness public, as a consequence of the “necessary and decisive” response of economic policy during the pandemic. However, it highlights that, although it foresees that the public debt will moderate “significantly” in the medium term, this high level of debt makes vulnerable during that period to the Spanish economy to a possible
economic deterioration, reducing the response capacity in case of risks materialize.

Thus, as risks, the Bank of Spain affirms that if the problems in supply chains end up weighing down economic activity worldwide in an intense and persistent way, “this would also affect more durable to some industrial branches “of Spain. Another risk “to the downside” is the possibility that the rise in prices of raw materials and some intermediate goods is “less temporary than is currently assumed, “which could put pressure on income of homes and businesses. “That greater persistence could lead to a translation of the increases from costs to final prices and wage demands, resulting in to a spike in inflation of a more intense and lasting nature than anticipated at this time, “says the report.

It also identifies as a “downward” risk the spread of new variants of covid that are more resistant to vaccines, which could lead to further restrictions on mobility, as well as risks associated with more persistent effects of the crisis on tissue business and employment.