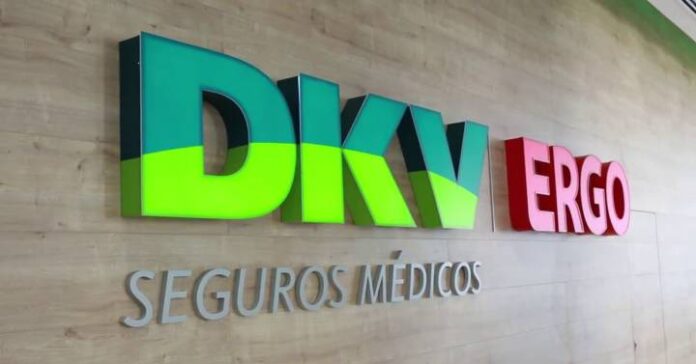 The National Commission of Markets and Competition (CNMC) has opened a investigation of the DKV insurance company, specialized in health insurance, for trying to change the conditions of its policies in the midst of a pandemic. The company has shown its “surprise” by this file, and assures that it was a measure to support the self-employed and that it meant a loss of income of 500,000 euros.

According to a statement sent by CNMC, the company tried to eliminate “unilaterally” the coverage for the risk of temporary disability in the policies of the self-employed, during the declaration of the alarm state.

The insurer, owned by German giant Ergo, cHe communicated by letter to a group of policyholders the obligation to accept the changes supposedly required by current regulations. LThe entity threatened them that if they did not accept it would terminate their policy.

The behavior analyzed has its origin in certain information received through the mailbox ([email protected]). The CNMC activated this channel during the months of confinement to centralize all complaints and queries related to the application of competition rules in the context of the pandemic.

After a preliminary analysis, the experts of the CNMC that DKV has been able to incur in a canticompetitive wave that could even constitute a crime of unfair competition.

The CNMC considers that the action of the insurer “would deviate from the good faith required of companies.” Furthermore, it considers that it could have misled the recipients of the aforementioned letter, since it alleged a regulatory requirement to carry out the change in the policy.

Stupefaction in the company

The insurer has issued a statement in which it shows its “astonishment and surprise.” They explain that the coverage for temporary disability due to work-related accidents was temporarily suspended during the months that the State of Alarm lasted “due to the impossibility of exercising their work activity by of 2,900 of its policyholders of the DKV Renta product, of the total of 30,000 who have contracted the coverage “.

Clients did not have to pay the premium for that temporarily suspended coverage, for which the Company reiterates that it was a measure for the benefit of customers, very well received, as well as dozens of other measures that were adopted, such as the inclusion of Covid coverage, which caused a reduction in business for the insurer.

DKV sent letters by post or email to some of its policyholders, but not in a massive or generalized way, but following logical criteria previously established to a total of 30,000 policyholders in this type of insurance, the 2,900 policyholders who could be interrupted and disabled. temporarily the exercise of their work activity.

Of the 2,900 policyholders to whom the communications were sent, 908 freely and voluntarily decided to adhere to the contract modification proposal offered by DKV Seguros; assuming the above for the company a loss in premiums of € 500,000.