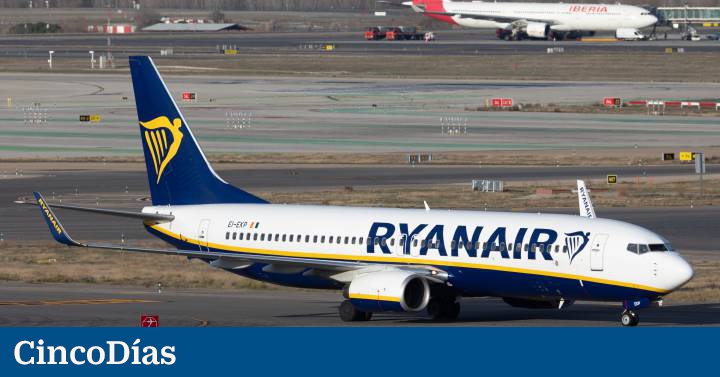 agreement of intent between Ryanair and CCOO to negotiate a collective agreement for the cabin crew of what is the largest airline in terms of passenger traffic in Spain. Both parties speak of a historical understandingwhich has been left out USE and Sitcplabelligerent with the company for more than four years.

At the start of the talks, the signatories assure that new immediate benefits will be provided for staff affiliated with CCOO. Among the advances, “immediate salary increases and salary restoration” stand out, which would be 1,000 euros per employee; wage equalization on the rise in all bases in Spain; plus guaranteed fixed salary, instead of variable remuneration, or the consolidation of a minimum annual working day. From USO we talk about extra-statutory agreement and there is no hiding deep disappointment.

The battery of improvements announced by CCOO also includes fixed schedule of five days of work and three days off; permanent and direct employment contracts, and the guarantee of labor rights established by the Spanish regulation. CCOO and the airline have insisted that there will be a “total guarantee of the most beneficial condition for CCOO members”.

The calendar to negotiate and sign the agreement “with full effectiveness and completeness” reaches October 2023. The labor framework would already establish improvements for the 2,000 TCP of the low cost Irish in Spain in matters of professional development or in the recognition of seniority.

The firm that presides Michael O’Leary has highlighted in a public act its contribution to the Spanish economy, moving 50 million travelers a year to or from this country. He has also defended the sense that the largest airline in Spain negotiates with the “largest and most representative union in Spanish aviation.”

Ryanair’s People Director, Darrell Hughes, recalled that the company recognized the unions as interlocutors in 2017, reaching agreements throughout Europe. In Spain signed with the pilots’ union Seplabut not with USO and Sitcla, centers that it recognized for social dialogue in 2019 after a harsh conflict.

In fact, these last two unions, which have fought for the recognition of the Spanish labor regulation in the contracting of the low cost, hold negotiations with the company using the mediation of the CHASM. The next meeting is scheduled for June 9.

Hughes thanked “the opportunity to negotiate and now finalize a collective agreement with the CCOO so that our Spanish cabin crew can enjoy these benefits and the stability of a union that will look after their interests”.

The general secretary of the Air sector of FSC-CCOO, Jon Herrera Gonzalezhas described the agreement as historic by achieving “regulate and stabilize the conditions of Ryanair cabin crew in Spain, after 20 years of operations of the companies low costwhich meant a change of model also in labor relations”.

Union sources comment that 70% of the TCP affiliated with Ryanair are USO or Sitcpla. With the announcement of the CCOO agreement, an important transfer to this last plant is now expected. Once produced, union elections could be called at the airline, where there is no TCP representation so far.

Darrell Hughes has sent a letter to the employees this morning explaining the main lines of the negotiation with CC OO and warning that the immediate application of the improvements exclusively reaches CCOO affiliates. He also provides two union emails and a phone number to check.