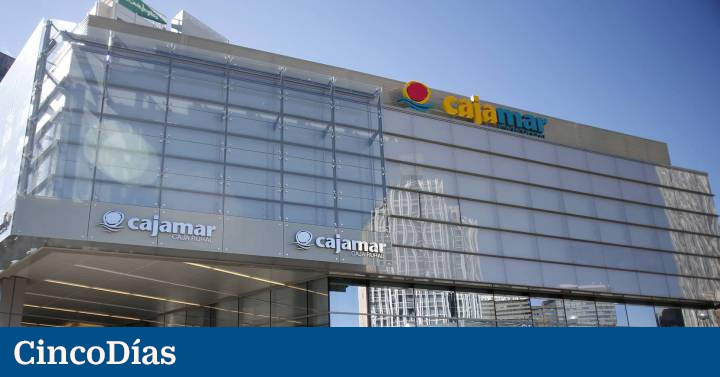 Grupo Cajamar obtained a consolidated net profit of 50.1 million euros in the first half of the year, which represents 12.3% less compared to the same period of the previous year, due to “the reinforcement carried out during this year in provisions and write-down of foreclosed assets and other financial assets amounting to 238 million euros”.

The delinquency rate stood at 2.97% at the end of June, 1.2 percentage points below the same period of the previous year, At the same time, the non-performing loans coverage rate rose to 74.5%, as reported by Cajamar.

The entity has indicated that the quality of the assets has improved with the decrease in irregular assets, which reflects a decrease of 359 million in doubtful assets, 24.3% less compared to the same period of the previous year, and of the net foreclosed assets in 364 million euros, 34.8% lower than that registered in the second quarter of 2021.

The gross margin stood at 593 million euros through June, thanks to the impulse of commissions, which increased 23.4% compared to June of 2021 due, fundamentally, to the disintermediation operations –insurance, investment funds, pension and consumption plans–, which they increased by 30.9%.

The entity has indicated that the recent rise in interest rates agreed by the European Central Bank (ECB) suggests a favorable outlook for income from banking activity in the coming quarters. Operating expenses, for their part, registered an increase of 2%.

The entity has added that total assets registered an increase of 10.5% year-on-year to 62,292 million euros, while the total volume of managed business reached 97,044 million euros.

In addition, Cajamar has argued that the current economic situation has led to retail managed funds increasing by 3,952 million euros, 9.1% year-on-year, to 47,188 million euros, fundamentally due to the increase in demand deposits in a
14.6%.

Off-balance sheet resources, mainly investment funds, rose 5.4%, despite the poor performance of the markets in the first semester of the year. Healthy customer credit grew by 6.4%, to the 35,075 million euros.

The hedges of the different components of irregular assets are also were reinforced: the non-performing loans coverage rate was at the end of the semester at 74.5%, and the asset coverage rate awarded, at 64.8%, once the haircuts produced
in the adjudication process.

The group closed June with 1.6 million members and 3.6 million clients, who are served by 5,264 professionals in 868 offices and 158 agencies.

The ‘loan to deposits’ (LTD) ratio stood at 83.8%, with an improvement of 2.7 percentage points compared to the end of the second quarter of the last year.

Likewise, Grupo Cajamar has available liquid assets of 13,382 million euros, and has a capacity to issue bonds mortgages of 4,075 million euros, which meets the limits required by the European Banking Authority. The coverage ratio of
liquidity ratio (LCR) stood at 189.2% and the stable funding ratio net (NSFR), at 132.8%.

As of June 30, 2022, 28.8% of its loan portfolio is associated to environmental mitigation activities and 28.6%, to activities of adaptation.