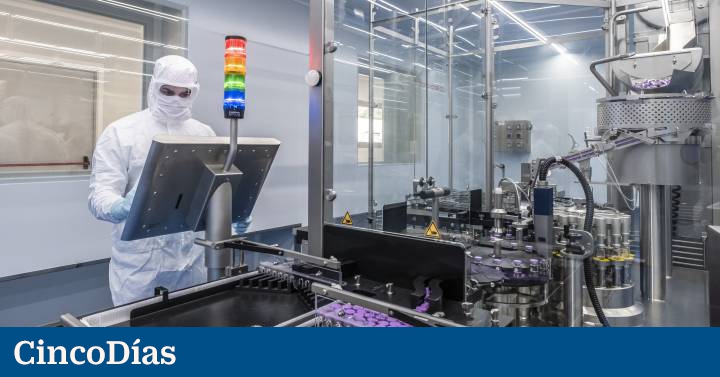 Europe will have a Spanish vaccine against Covid-19. The European Commission announced on Tuesday the signing of a contract for the acquisition next autumn of 250 million doses of the product developed by the Girona pharmaceutical company Hipra, whose alternative is still pending approval by the European Medicines Agency (EMA).

as anticipated Five days in July, the Hipra vaccine has interested several countries and as reported by the Commission in a statement, fourteen Member States participate in the acquisition.

This commercial agreement lays the groundwork to ensure the success of Hipra’s vaccine, as it is guaranteed that there is potential demand. Even so, it must overcome several obstacles, such as its approval by the EU and that the health authorities consider it more advantageous than the most used alternatives from Pfizer/BioNTech and Moderna. Another key to its success will be its price, until now confidential, and its response to the variants of the coronavirus.

“Given the new increase in cases in Europe, this agreement will make the Hipra vaccine available to participating countries, as soon as the vaccine has received a positive assessment by the European Medicines Agency,” the Commission said.

The acquisition contract with Hipra, based in Girona, joins those signed by Brussels with the pharmaceutical companies AstraZeneca, Sanofi-GSK, Janssen Pharmaceutica, BioNtech-Pfizer, Moderna, Novavax and Valneva.

According to the Commission, some 4.2 billion doses have been obtained under the EU Vaccine Strategy and participating countries could decide to donate the vaccines to low- and middle-income countries or redirect them to other European countries.

“With the increase in Covid-19 infections in Europe, we have to ensure maximum preparation for the autumn and winter months,” Kyriakides said.

The Hipra vaccine is based on recombinant protein and is presented as booster or booster dose. In that field it will compete with Sanofi, which is also awaiting approval. One of its advantages is that it can be adapted to variants, according to the pharmaceutical company. If it receives marketing authorization, participating countries will be able to acquire it through the current contract. The product is stored at a refrigerated temperature of between 2 and 8 °C, which facilitates storage and distribution in Europe and throughout the world.

The pharmaceutical company sees the signing of an acquisition contract by fourteen members as “a step forward”. “We have received this act as a sign of confidence in the vaccine that we have developed. It is a country project in which, in addition to the Hipra team, the Spanish scientific community, hospitals, research centers and volunteers have also participated in clinical trials,” they detail, according to Efe.

The company also recalls that it has had “the support of the Administrations and institutions” in the development of the product. “All of them have contributed to making this project possible,” they point out, while recalling that the current phase of the drug is continuous review and they hope to obtain the approval of the European Medicines Agency “to vaccination campaign this fall.

The President of the Government, Pedro Sánchez, has signed the purchase contract because it demonstrates the strength of innovation in the pharmaceutical industry in Spain. “We have finally achieved this vaccine,” Sánchez congratulated himself at a press conference at the La Almudaina palace after dispatching with King Felipe VI.

Up to 600 million doses this year

In February, Hipra announced that this year it could produce up to 600 million doses of its vaccine if it was finally approved, but the number will depend on when it receives authorization and on demand from Europe and other countries. It will manufacture in a new plant in Gerona.

The Nogareda family laboratory, until now specialized in veterinary medicine, is developing phase III (latest clinical trials) with 3,000 volunteers in Spain, Italy and Portugal. It is the only Spanish vaccine that has passed the R&D phase in the laboratory and, therefore, has been tested on volunteers. Other alternatives, for example those of public research of the CSIC, have remained stagnant for the moment.