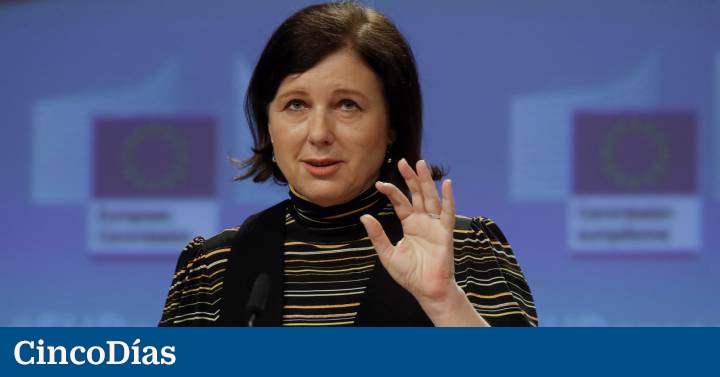 The EU continues to maintain a pulse with the tech giants to bring order to the new digital age, and is now targeting social media and political ads with the aim of not damaging democracy in Europe after the Cambridge Analytica scandal O the US Capitol riots that put Facebook in the eye of the hurricane. The European Commission has proposed this Thursday new rules to regulate political advertising on social networks, among which stands out the prohibition of crossing the data of citizens of a sensitive nature (gender, race or political and religious beliefs) to send them personalized ads, unless they give their consent, according to Efe.

“Digital advertisements with political intentions are becoming a race without control of opaque methods,” Vera Jourová, vice president of the Community Executive for Values ​​and Transparency, said at a press conference. For this reason, the new rules also seek to strengthen transparency in this practice, since according to the surveys carried out by Brussels, 40% of European citizens “have difficulties” to know if the content they see on the internet is financed by someone and they observe “a increase ”of misinformation on the web.

The new rules proposed by the EC would oblige any paid political advertisement that could “influence the outcome of an election or referendum or a legislative process” to specify that it is political content, indicate who finances it, how much money has been paid and the origin of these funds.

“Our proposal can help, at least, so that people can see who is sending them these messages, who is paying and what is the political interest behind,” added Jourová, adding that “it is not a secret that the protests and the radicalization of society is encouraged by some political powers in our Member States who abuse the situation and sometimes even win elections ”.

The EC also indicated that companies that make use of segmentation and amplification policies “should adopt, apply and make public an internal policy on the use of such techniques. If all the transparency requirements cannot be met, a political advertisement cannot be published ”, they remarked.

The rule, which will now have to be negotiated by the Council of the EU and the European Parliament, is not directed only at digital platforms, but at all actors involved in the manufacture and dissemination of political advertising, such as public relations agencies, political parties politicians or influencers. If they violate these rules, the national data protection authorities will have to impose fines on them. These must take into account “the nature, seriousness, recurrence and duration of the offense, taking into account the public interest at stake, the scope and type of activities carried out, as well as the financial capacity of the offender.”

Advances in DSA and DMA

Beyond this rule, yesterday the EU member countries reached an agreement on the Digital Services Law (DSA) and the Digital Markets Law (DMA), presented by the Commission last December to put an end, they said, to the “impunity” of companies such as Amazon, Apple, Facebook and Google. The first law wants to force big tech to take more responsibility for illegal content on their platforms, and the second is to prevent the emergence of dominant anti-competitive companies. If they do not comply, they face a fine of between 6% and 10% of their global turnover.

The objective of European legislators is that these two laws can enter into force in 2023, but MEPs and EU governments must first agree on a common text, in negotiations that will begin in the first half of 2022, led by France , who will assume the rotating presidency of the EU.

EU countries want the requirements established in the WFD to apply to companies with a capitalization greater than 65,000 million, a figure lower than that required by the European Parliament (80,000 million), which voted its position on Monday and with whom you will have to reach an agreement to agree on the text. Depending on that amount, the law will affect more or fewer companies. The new standard focuses on the so-called guardians Internet (companies that have become the inevitable gateway to the network).

The Council also agreed to include a new obligation that improves the right of users to unsubscribe from the services of a platform, it has proposed that platforms that offer exclusive services to minors address them in a language that they can understand and enable. parental control tools and that the Commission is the main enforcer of the new rules despite the French proposal to give more power to national authorities.

The decision to let the Commission have the last word would also prevent Ireland, home to many of the internet giants, from delaying the investigations, according to Efe. This agency collects statements from the general director of the European consumer organization (BEUC), Monique Goyens, who regretted that “the Member States have not gone further” in aspects such as the interoperability of instant messaging services such as WhatsApp or Signal. “Consumers who disapprove of, for example, WhatsApp’s data practices have few options and must use their service because most of their contacts are there,” he added.