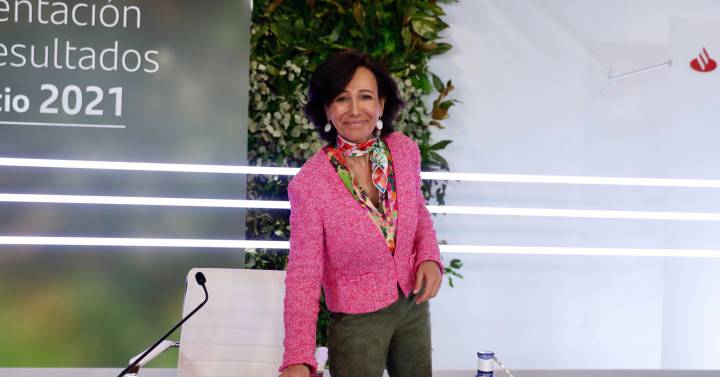 The president of Banco Santander, Ana Botín, earned 11.44 million euros in 2021, 15% more than before the pandemic, although if a deferred contribution corresponding to 2017 is included, her total remuneration reached 12.29 million, 23% more than in 2019 and 51% more than in the year of the pandemic by renouncing variable remuneration as demanded by the ECB. This salary is a record in the bank, and in Spanish banking, and this despite criticism from the Government, which already last year complained about the high salaries of bankers at a time, moreover, when the banks were carrying out important ERE.

Only Ignació Sánchez Galán, president of Iberdrola, has exceeded this salary in 2021 of those published so far, after earning some 13.2 million euros in 2019 when all the accessories are included.

This year the second vice president and Minister of Labor, Yolanda Díaz also criticized the salaries of the directors of the Ibex.

The comparison of Ana Botín’s salary is made with respect to 2019 because in 2020, after the outbreak of the pandemic, the bank reduced the “bonuses” and the leadership waived half of their remuneration, to the point that Botín earned 6, 8 million, 40.5% less than the 11.44 million in 2021, if that deferred contribution from 2017 is excluded.

Of those 11.44 million, Botín received 9.06 million between fixed and variable salary and allowances, to which must be added one million in other remuneration and a contribution of 1.04 million to the piggy bank for his retirement.

Santander’s top executive accumulates more than 48 million euros in her pension plan at the end of 2021.

Of those 9.73 million, Álvarez received 6.51 million between fixed and variable salary and allowances, to which must be added 1.54 million for other remuneration and a contribution of 0.78 million to his pension plan, which at the end of 2021 it was around 19 million. The increase in the remuneration of both the president and the CEO of Santander compared to 2019 is below the 24.6% rise experienced by the group’s attributable profit in the same period, reaching 8,654 million euros.

Sergio Rial, who was number one in Brazil, received 8 million euros until he left his executive duties at the end of last year.

The rise in wages comes after the improvement in the bank’s profits, which closed 2021 with a record result in a decade of 8,124 million euros, compared to the losses of 8,771 million that it registered in 2020 as a result of the pandemic and several Accounting adjustments.