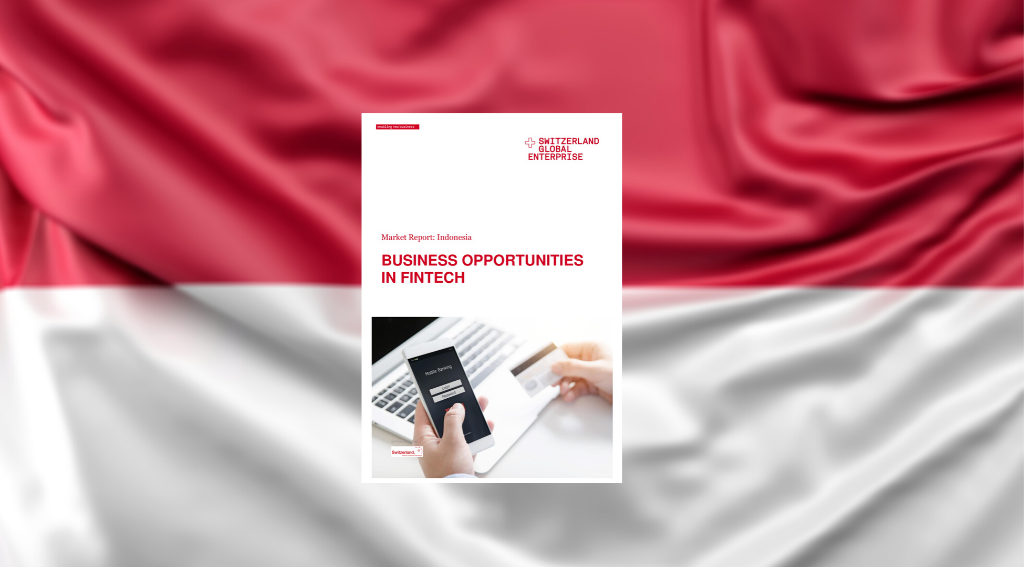 Indonesia, the largest economy in Southeast Asia and the eighth largest in the world in terms of purchasing power parity, has become one of the fastest growing fintech markets in the region.

By 2025, digital financial services revenues in Indonesia is projected to rise to US$8.6 billion, growing at a compound annual growth rate (CAGR) of 34%, according to a new market report by Swiss export and promotion agency, Switzerland Global Enterprise.

Payments and alternative lending under the spotlight

Indonesia hosts around 20% of all fintech firms in the ASEAN region with lending and payments currently dominating the domestic fintech ecosystem, accounting for 61.4% and 19.3%% of firms respectively.

In the digital wallet space, leading players consist of some of the country’s biggest tech firms, telcos, as well as partnerships involving foreign companies looking to enter the domestic market. GoPay, for example, is the digital wallet of GoJek, an on-demand multi-service platform and a startup unicorn, and Ovo is another popular digital wallet service developed by local conglomerate Lippo Group. Together, they account for more than 55% of all digital payments in the country, according to a Digital Banking report by the Jakarta Post.

In addition to GoPay and Ovo, there are also DANA, which is backed by China’s fintech giant Ant Financial and local media conglomerate Elang Mahkota Teknologi, as well as LinkAja, a service owned by a consortium of state-owned firms.

Between 2017 and 2019, e-money transaction volumes increased by a staggering 11.8 times to reach IDR 145 trillion (US$9.8 billion), the Switzerland Global Enterprise report says. One reason behind Indonesia’s surging digital payments industry is the country’s booming e-commerce market which is projected to reach US$26.9 billion by 2020 and cross US$50 million by 2024, it notes.

In the alternative financing space, official figures from the Indonesia Financial Services Authority (Otoritas Jasa Keuangan, or OJK) estimate that there were over 1,000 active peer-to-peer (P2P) lenders in 2019. However, only around 160 of them were considered legitimate businesses and a mere 25 had actually been granted licensed by the OJK as of late-2019.

Indonesia’s well developed alternative funding space can be in part explained by the country’s still largely underserved traditional credit market, which has left a gap for new, innovative startup companies to fill.

So far, these have gained notable traction from the public, with P2P lending volumes growing from a cumulative IDR 2.56 trillion (US$173 million) in loans disbursed as of December 2017 to IDR 95.4 trillion (US$6.4 billion) as of February 2020, a growth of 37.3 times, according to the Switzerland Global Enterprise study. 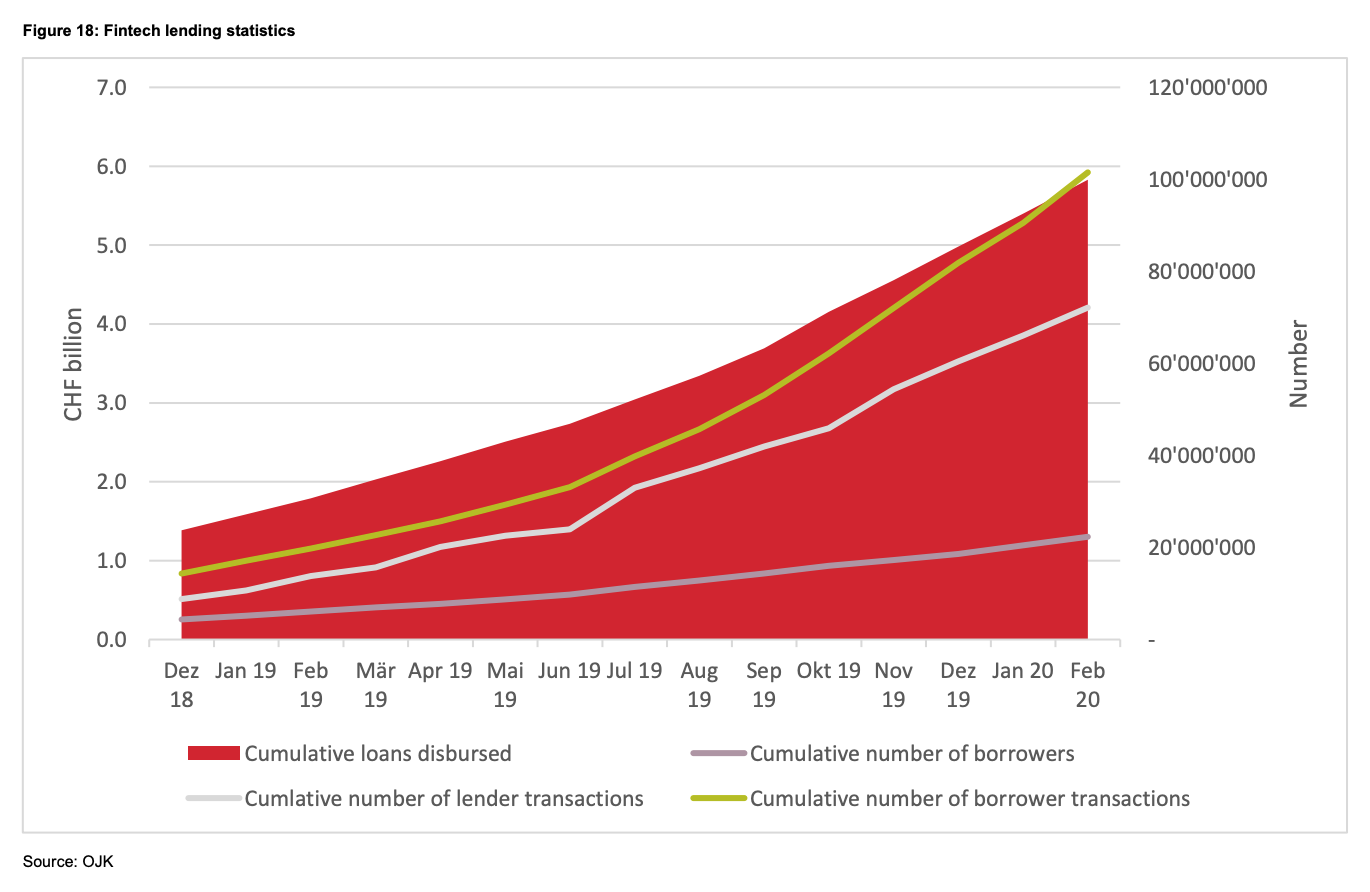 According to estimates from Fintech News Singapore, there are now some 243 fintech startups in Indonesia. Besides P2P lending and payments, other segments present include personal finance, insurtech and blockchain.

But it’s not just fintech startups and tech firms that have been pursuing the Indonesian fintech opportunity. Traditional banks themselves have adopted varied digital strategies with hopes to both remain relevant and tap into the large population of unbanked.

The Switzerland Global Enterprise report notes that larger institutions such as Bank Madiri have set up their own fintech-focused venture capital funds, and are now actively embracing APIs. Bank Bukopin, which focuses on small and medium-sized enterprises (SMEs), formed a fintech incubator called BnV Labs back in 2017. BRI, the country’s largest micro-lender, has tied up with fintech companies to create an additional channel for financing SMEs.

In Indonesia, businesses and consumers alike are rapidly warming up to fintech solutions. In 2019, McKinsey estimated that between 2014 and 2017, digital banking penetration had increased by 1.6 times. In 2017, 58% of banking consumers used digital channels, compared to only 36% in 2014, the study says.

And with COVID-19 substantially transforming the way people transact and manage their finances, fintech is expected to see further growth. Since the pandemic began, local banks have reported an unprecedented surge in digital services and an increase in the registration of digital banking accounts. Indonesia’s state-owned Bank Rakyat Indonesia saw a 10% month-on-month increase on its mobile banking channels alone, and online lenders are seeing a significant rise in demand, reports the Jakarta Post.

Microsoft outlines its progress, next steps in its decarbonization plans | ZDNet

4 Reasons to Use Dynamic Search Ads