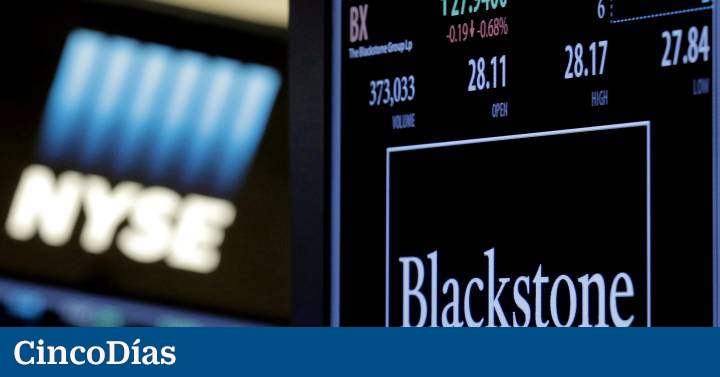 Blackstone, one of the great rental landlords, has put 3,100 properties for sale currently destined for leasing, valued at 361 million euros. The US fund has approved in the meeting of its Socimi Albirana, as it advanced last week Five days, a restructuring with the ultimate goal of selling those properties. In this way, the manager reduces its position in the rental market and adds the operation to another one for the sale of Testa assets, currently on the market.

The Socimi has sent a relevant fact to BME Growth, the former Alternative Stock Market, in which it indicates that the shareholders’ meeting this Monday, on second call, has approved the restructuring operation in which it will contribute some properties to companies of the Albirana group , as the companies Budamac, Lambeo, Treamen, Eniroid, and later the operation will be completed with the sale of the shares to Aulida, a Blackstone company.

The fund indicates that the vast majority of the properties that it offers for sale are currently empty, without tenants, so it is likely that these are houses that have been left empty and that the fund itself has not been renewing the lease contracts. The amount that Albirana gives as a reference is the appraised market value, of 361 million. These are properties broken down into different buildings, coming from bank foreclosures, and which will foreseeably go to the sale to the retail market.

In this way, Albirana reduces its portfolio to a large extent. If at the end of 2020 it had around 8,000 properties, of which 7,464 were homes, now it intends to reduce that by almost 40% portfolio.

In the relevant event, Blackstone refers to 3,100 farms affected by this transfer, so it is likely that in some cases parking spaces or storage rooms are included.

Albirana is one of the great landlords along with other companies such as Testa, Building Center (CaixaBank), Sareb, Lazora and Fidere (also from Blackstone). This Socimi was born in 2014 to group the properties of the so-called Hercules portfolio, the brick from the defunct Catalunya Caixa.

This operation will be added to the recent sale process that the US fund currently maintains of a portfolio of houses for rent from your Socimi Testa. The New York fund has commissioned the consulting firm JLL to search for buyers for a package of around 800 rental homes for which it expects to pocket around 300 million euros, as this newspaper announced a month ago. Altogether, in various companies, the North American management company has more than 30,000 houses for rent in Spain.

In this way, Blackstone seeks a rotation of assets, taking weight off the rental business, not extending leases to tenants and pocketing resources from the sale of homes.

This decision of the US fund coincides with a series of circumstances that may make it less attractive for investors to have rental housing. The first decision was made in 2019 by the Government by modifying the Urban Leasing Law with a decree and establishing differentiated criteria in the contracts for large owners. Claudio Boada, the strong man of Blackstone in Spain, spoke then of legal insecurity for the measure.

Another government decision has been, in the draft of the new housing law approved last week in the Council of Ministers, the regulation of rental prices in stressed areas. Measures that have been criticized by companies and organizations such as Asval, an association of owners in which, among others, Blackstone companies are grouped. From the bottom, no comments are officially made on what the restructuring will consist of, which will be voted on in the extraordinary meeting of Albirana.

Additionally, the economic context, after a pandemic and the impact in certain areas on the rental market, may make the fund now consider asset rotation more interesting.