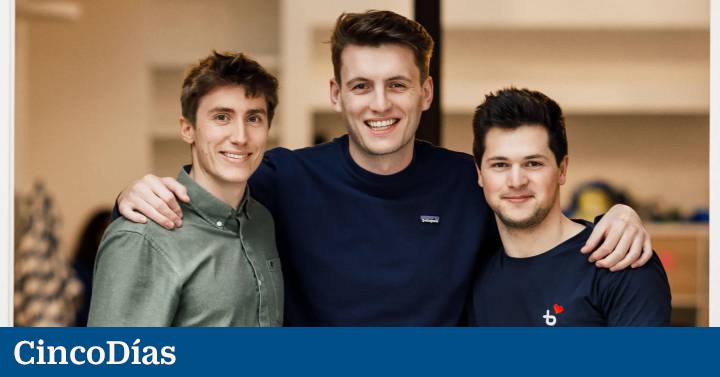 The French company Bigblue, which offers brands and online stores a comprehensive logistics service and automatic management of shipments in any sales channel (web, marketplace and retail traditional), has closed a financing round of 14 million euros. The operation has been led by Runa Capital and has had LPV, What second Investor, and Samaipata, who was already present in the company. The Spanish fund led the first round of the startup, in November 2020, when it captured three million euros.

With this new injection of capital, which takes place two months after the company landed in Spain, Bigblue plans to recruit 100 professionals in the next 12 months for its sales, marketing and operations departments, in addition to tripling its team of engineers. In Spain alone, it plans to hire 10 more people this year (now there are three) and reach a volume of income equivalent to a quarter of the total managed by the company, although they do not offer more details.

The company will also continue its international expansion. As he explained to CincoDías last January, in June they want to enter the United Kingdom and, later, throughout 2022, in Italy and Germany. Bigblue boasts that its service enables brands of any size to compete with the expertise of industry giants. retail such as Zara or El Corte Inglés, and marketplace like Amazon or Zalando, at affordable prices.

“To sell effectively through the internet, brands are used to looking for tailored solutions, but Bigblue offers them a platform where they can find all the services they may need and in a 100% personalized way,” they say from the company.

Its solution encompasses the automation of shipments, transport solutions and a personalized shopping experience with the image of each brand. The company operates with a European network of warehouses and carriers that uses artificial intelligence to choose the best delivery method for each package, guaranteeing, they say, “fast and green shipments”. To manage their shipments in Spain, they closed an agreement with GXO Logistics.

Bigblue, fFounded by Mathias Griffe, Tim Dumain and William Meunier, It claims to already work with more than 300 brands and this year it plans to send more than four million packages with its unique and all-inclusive cost model. The company has integrations with Shopify, Prestashop, WooCommerce, Magento, Wix Store, Fastmag and the marketplaces from Amazon and Rakuten, making it possible for your customers to create an account in minutes, ship their inventory to the Bigblue network, and start selling with fast, branded delivery in as little as a week.

Among the objectives that the company has set is to extend its one-day delivery service to all of Western Europe and reinforce its Fast Tag program, which helps brands reduce their marketing costs. As they explain, it is a button similar to that of Amazon Prime Now, which ensures fast purchase and guarantees free delivery within 24 hours. The company claims that early adopters of the program have seen a 20% to 40% increase in conversion rate, “generating significant savings in acquisition costs.”

The founders of Bigblue underscore the company’s commitment to sustainability and maintain that its technology optimizes transport routes and truck loading to reduce CO2 emissions by 25%. The startup offers last-mile delivery options via bicycles and electric vehicles, and ensures that all its packaging is plastic-free and made from recyclable materials.