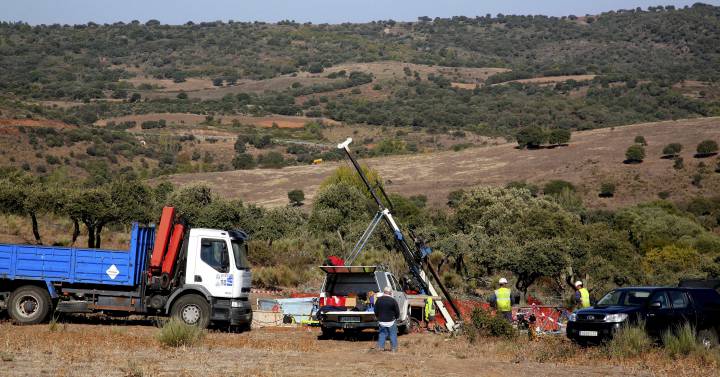 The listing of Berkeley Energía, which aspires to build a uranium mine in Salamanca but does not yet have the permits available, has been suspended from trading in the wake of the claim of the sovereign wealth fund of Oman, which requests the amortization of a debt of 65 million dollars, 56 million euros. The news supposes the rupture of the company, without activity beyond the preparation of this mining project, with its main investor, who had options to reach 37% of the capital.

According to the communication to the market, the Singapore Mining Acquisition company, a subsidiary of the sovereign wealth fund of Oman, has demanded the immediate payment of a convertible note that it financed as part of an investment agreement reached in 2017 for the development of the Retortillo mine , In Salamanca.

The Omani fund considers, according to the communication to the CNMV, that the investment project and therefore the agreement have been unsuccessful, for which it demands the immediate amortization of the promissory note. “The company rejects these allegations and is seeking legal advice,” says Berkeley. Last week Berkeley informed the London Stock Exchange (not the CNMV) of the resignation of a director representing Oman, Deepankar Panigrahi, who was appointed in 2017 as part of the investment agreement.

The agreement was announced in August 2017, and was valued at 120 million dollars, just over 100 million euros. It comprised a $ 65 million convertible loan convertible into shares at £ 0.27 (the stock was trading at 0.10 before the suspension), which would allow Oman to take 28% of Berkeley and, on the other hand, three tranches of Convertible options priced between 0.6 and one pound that would contribute another $ 55 million to support the development of a second phase of the mine. This could give Oman another 9% of the project.

According to Berkeley’s annual report, the convertible credit was to be converted into company shares automatically on November 30. With no turnover, funds from the Arab country have financed Berkeley’s operations carried out so far: “The issuance of the $ 65 million convertible note and OIA options [Oman Investment Authority] has provided the funds to complete the initial investments “, indicates the report. In addition, the company had the sovereign fund to complete its project, if it had been carried out.” The company has been financing its working capital needs, which it has reduced the amount available to finance the entire construction. This situation will continue as long as NSC II is pending, unless the OIA Options are exercised early. “

According to the report, addressing the claim would leave the company’s coffers shaking: the only significant asset on the balance sheet is $ 79 million in cash at the end of June. The income statement resulted in an attributable loss of $ 55 million, in part related to the options held by OIA.

The Retortillo project has not been developed due to the lack of authorization from the Government and the Nuclear Safety Council. Although the company has obtained other administrative permits, the development of mining with radioactive material requires an authorization that Berkeley does not have at the moment. The CSN published in July, after several delays, the opinion on the project, rejected by the poor “reliability” and in the “high uncertainties” of the safety analysis of the radioactive facility in the aspects geotechnical and hydrogeological, on which the verification of the proper behavior of various project parameters.

The vote went ahead by four votes to one, although Berkeley announced an appeal. The CSN “technical deficiencies” detected in the evaluation refer to mainly to the final storage of radioactive waste from very low activity, which is part of the first radioactive facility category.

The CSN opinion sank the Berkeley price, which up to now was one of the usual values ​​in the largest rises and falls in the Spanish market, despite the absence of activity. It went from trading around 0.4 euros to below 0.2.

Social Media Compliance: Everything You Need to Know in 2022