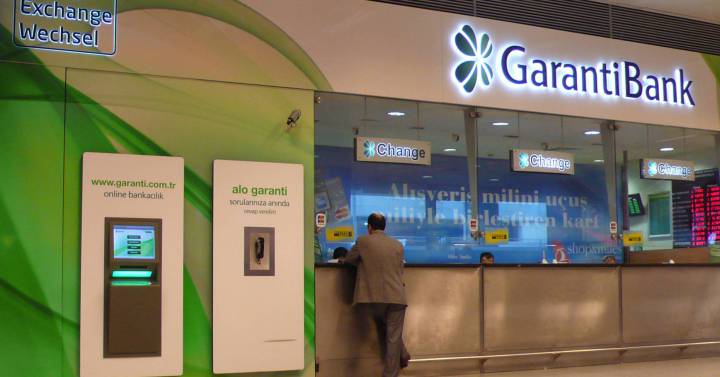 BBVA It will be strengthened in Turkey to reach 100% of the capital of Türkiye Garanti Bankası (Garanti), of which it has 49.85%, as reported early in the morning to the CNMV. The entity has launched a takeover bid on the 50.15% of the capital that it does not control, valued at 2,250 million euros. BBVA shares fall more than 4% on the Ibex 35.

The operation has been received by the market with a 5% drop in the first minutes of trading. Garanti is inhibited, marking a rise of 10%. The Spanish entity offers a premium of 15%: 12.20 Turkish liras in cash per Garanti share (1.06 euros), for which the maximum amount to be paid by BBVA will be 25,697 million Turkish liras (2,249 million euros ) assuming that all Garanti shareholders sell their shares. BBVA will pay the price from its current own resources.

The operation, in any case, will not be immediate. The acquisition by BBVA of more than 50% of Garanti’s capital “is subject to obtaining authorizations from various regulators.” The Turkish market supervisor, Capital Markets Board (CMB), has confirmed to BBVA that it will not authorize the takeover until it receives confirmation from the entity that it has obtained the relevant regulatory authorizations. The acceptance period of the takeover bid will only begin once the transaction has been authorized by the CMB. Given the deadlines, and the need to receive approval from the regulatory authorities, BBVA estimates that the closing of the takeover bid will not take until the first quarter of 2022.

The takeover bid was the only way to increase the stake in the Turkish bank, which it entered 10 years ago and after increasing its stake to almost 50% in 20º7; In any case, given that it is aimed at 100% of the capital, BBVA may subsequently raise its stake without having to launch an takeover bid if as a result of the current one it exceeds 50%.

The president of the group, Carlos Torres Vila, has indicated that the operation is a “magnificent opportunity” to “generate value for our shareholders”, given that it will generate a “high return on investment and a very limited capital consumption”, for the current treatment of minority shareholders Regarding the price, Torres assures that “it is very attractive for the minority shareholders of Garanti BBVA”. Turkey is the third market for BBVA in terms of profits, and the entity can take advantage of the weak lira.

Torres has explained to the analysts that the risks of the current agreement with Turkey were already trading in the group and it was included in the share price.

The operation announced this morning takes place three days before the bank celebrated its Investor Day, scheduled for the next day 18.

BBVA estimates that, if the offer is fully accepted, the transaction would increase BBVA’s earnings per share in 2022 by 13.7% and the tangible book value per share as of September 2021 by 2.3%. Regarding solvency, the maximum expected impact on the CET capital ratio would be a drop of 46 basis points. In the event of payment of dividends, BBVA “reserves the right to reduce or modify the price of the voluntary bid” by the corresponding gross amount.

BBVA notes that the takeover does not include two Garanti subsidiaries, Garanti Faktoring and Garanti Yatırım Ortaklığı, which are listed on the Istanbul Stock Exchange. These two subsidiaries each represent less than 1% of the consolidated assets of the Garanti group, which is why the BBVA bank intends to request an exemption from the CMB from the obligation to formulate mandatory takeover bids on these subsidiaries.

Ever since BBVA acquired Garantia, it had always defended this operation, despite the fact that on some occasions the supervisors had warned of the risk in Turkey, but they had also warned of other participations in Latin America in general.