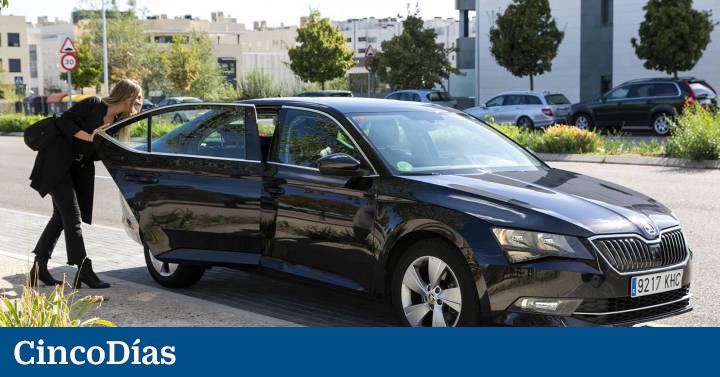 The legal war between Cabify and its main VTC partner, Auro, is escalating. This last company will take to the Constitutional Court the sentence of the Superior Court of Justice of Madrid (TSJM) that has overturned the decision of the arbitral tribunal that last December the exclusivity pact that Cabify had signed with Auro was annulled, which allowed it to work with rival platforms such as Uber.

While the arbitration award, now revoked in a final judgment, declared the exclusivity clause null because it was a restrictive practice of competition, The TSJM ruling, published yesterday by CincoDías, annuls said award and confirms the validity of said non-compete clause, arguing that the award incorrectly applied community law, “incurring a constitutionally relevant deficit of motivation”.

The TSJM also considers that Auro has been able to access the VTC market thanks to the financial support of Cabify, which would justify the validity of the clause, and that the mobility platform has not discriminated against its partner. According to the aforementioned court, there is “no evidence that the agreement has led to the closing of the market.”

Félix Ruiz, former president of Jobandtalent and founder and main shareholder of Auro, acknowledges to this newspaper that TSJM was not expected to rule in favor of Cabify “and it is something that affects Auro very negatively.” The manager, current co-CEO of Playtomic, defends that the awards are so that it can be sentenced in a short period of time and not go through the ordinary judicial route, and affirms that there is jurisprudence that favors Auro. “During the last year and a half, the Constitutional Court has issued several judgments that have been resolved in favor of the arbitration award, and that have limited the functions of the judges when it comes to re-judging the awards, limiting their functions to verifying compliance of procedural guarantees “.

“We do not understand what has happened to the TSJM, but we are going to appeal the case to the Constitutional Court, since its jurisprudence, also very recent, is very clear: an award can only be annulled by a procedural ruling and, in this case, The TSJM has entered into the merits of the matter and the matter in question, something that is contrary to the constitutional canon. So we are sure that the Constitutional Court will rule in our favor, ”he continues.

“Cabify has won a battle, but not the war,” says Féliz Ruiz, Auro’s main shareholder.

Ruiz reinforces his argument by referring to what was stated in the sentence by the president of the TSJM, Celso Rodríguez, who issued a particular vote against the sentence, because in his opinion, the TSJM exceeds. “We consider that it goes further than the reasonable possibilities available to the Court in the prosecution” by correcting the merits of the matter and the arbitration decision, he says. Likewise, said particular vote indicates that it is based “on the contrary of the sentence with the jurisprudence of the Constitutional Court regarding the scope of the function of control of arbitration awards by the Courts of Justice, as well as on the undue appreciation of what can be considered a deficit of motivation of the arbitration awards and a matter of public order ”.

The largest shareholder of Auro New Transport ensures that Cabify “has won a battle, but not the war”, and ensures that they will not stop working with Uber or other platforms “unless a competent body forces us to do so.” “Our intention is to continue operating in a multiplatform regime until the case is resolved in the Constitutional Court, because if we only work with Cabify and we cannot operate with Uber and Auro Travel, the company is not viable; We could find ourselves in the need to stop the cars and sell the business ”.

The contract between Cabify and Auro that has unleashed the battle between both partners was signed in 2017, after the mobility platform lent 39 million to the VTC group for the purchase of licenses for transport vehicles with driver. The consideration was the exclusivity of Auro, but subsequent events, such as Cabify becoming the licensee (after buying the majority of Vector Ronda and a subsidiary of Auro) and the launch of Auro Travel (Auro’s mobility app) ended. leading them to arbitration.

From Auro they defend that they sealed the contract with Cabify because they considered that it was beneficial for both. “But that changed when Cabify skipped the pact. According to the deal, they kept 19% of the customer’s billing and Auro with 81%, but about two years ago they decided to charge a 4% more to the client and keep that amount entirely instead of sharing it, keeping 23%. And that action shows us that they can invent another rate, another Garbage rate, whenever they want and keep it again ”.

Cabify declined to comment on the sentence. In any case, the arbitration award validated the contract with the exception of the non-competition clause.

Ruiz maintains that Cabify is “in decline internationally, and that is why they fight to maintain the exclusivity of Auro. They want to strengthen themselves in Spain, where they generate great profitability ”.

From the VTC company they clarify that, although at the time of the award they had a pending debt with Cabify of about 17 million euros, they have already settled this debt with a payment in kind of 600 licenses and also with 22 million euros in money. “Everything they lent us, we already gave it back to them”, Remarks Ruiz, who does acknowledge that Auro New Transport has credits payable amounting to about 30 million euros.

Auro was founded by Ruiz, Hugo Arévalo (former Hawkers and current president of ThepowerMBA) and José Antonio Parrondo, former president of the Madrid Taxi Association between 2007 and 2009. Its shareholders also include the FJ Labs fund and GP Bullhound, among others. .