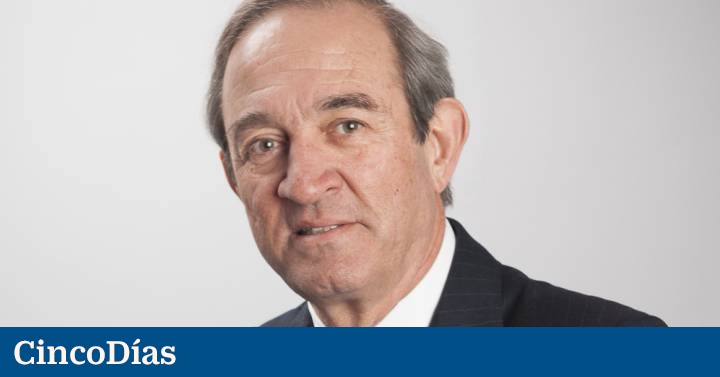 Significant change in the board of directors of Abertisvery much in line with what is happening around its main shareholder, the Italian group atlantia. The former president of Atlantia leaves the decision-making body, Fabio Cerchiaiand take your place Claudio Boadastrong man of the Blackstone fund in Spain.

This is a new advance in the close relationship between the Benetton familya controlling shareholder of Atlantia, with the US fund. Both share a bid for Atlantia with the intention of delisting it from the stock market.

Cerchiai left the presidency of the Italian infrastructure group at the April meeting, after 12 years at the helm of the company. His resignation from the Abertis board was presented on May 6. The decision-making body of the Spanish arrived in 2019 after the fall of Giovanni Castellucci, who was CEO of Atlantia and was responsible for the takeover bid for the Catalan concessionaire that ended up giving 50% plus one share to the Benetton firm. The other 50% of Abertis is in the hands of ACS, which tested between March and April the possibility of buying the Atlantia highways together with the funds GIP and Brookfield.

The president of ACS, Florentino Perezassured the media, the day of the shareholders’ meeting of his company, that the approach was friendly and that, given the rejection of the Benetton, that offensive was totally forgotten.

Boada, for his part, is senior adviser of Blackstone and president of the fund’s patrimonialist, Anticipa Real Estate. With training as an industrial engineer, his career has been marked by important positions in banking. He worked at Banco de Bilbao Dillon Read Overseas Corporation; he was general manager of Banco de Progreso; he spent 15 years at the head of Lehman Brothers in Spain and Portugal; he led the Círculo de Empresarios between 2004 and 2012; he also chaired the cement company Holcim and Atlas Capital, and has been a member of the boards of Aon Spain, Prisa or HSBC, among other companies.

This appointment has been approved by the Abertis board meeting held yesterday, in which the shareholders meeting for June 28. On the agenda is the ratification of Boada as director and the appointment of four other members for a council that goes from five to nine seats. This extension could make room for the new CEO of ACS, Juan Santamaria, with long experience in the concession market. The 43-year-old executive led the group’s concession businesses in the United States and was president of Iridium. He will now maintain the executive presidency of the Australian Cimic, since he will alternate with number two of ACS.

The Abertis board is made up of the chairman Marcelino Fernández Verdes, the CEO José Aljaro and the members Claudio Boada, Carlo Bertazzo and Pedro López.

The board of directors of Abertis was configured with five positions at the end of 2018, after the takeover bid and delisting of the concessionaire. Those who were new shareholders at the time, Atlantia and ACS, agreed that he would rise to nine seats over time.

The Italian part will now appoint two new directors and the Spanish, two others. The mandate will be for one year, the same as that of the directors who renewed their position at the ordinary meeting of Abertis in March. Atlantia has sought to reduce the period to the entire board in view of the profound changes in the Italian company, which is divested of its subsidiary Austostrade and is subject to a takeover bid launched by Benetton and Blackstone.

With Abertis as Atlantia’s main asset, the American fund has demanded to be on the board that Atlantia shares with ACS.