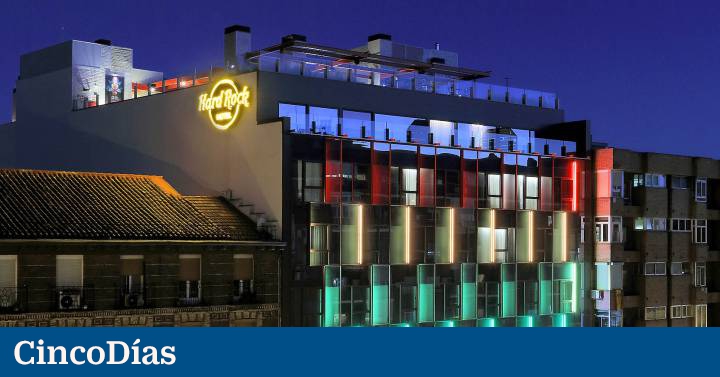 The German fund ASG closed this morning the sale of the Hard Rock Hotel Madrid to Arlaes Management, an international investment company, for 65 million euros. The hotel, located in the heart of Madrid in front of the Reino Sofía Museum, was inaugurated in 2021, after an extensive renovation process that turned an office building acquired from the Madrid City Council in 2015 into a hotel. To this was added the works carried out by Hard Rock International, the property manager thanks to a 20-year contract, to condition it to its design and service standards. “We have transformed the concept of this hotel project into an operating asset ready for a new owner, in line with our strategy of creating and selling great hotels”, he assured. Juan Alonso, CEO of ASG Spain.

Arlaes Management, which has had Knight Frank and the law firm Eversheds-Sutherland as advisers to the operation, has opted to close it due to the good position of Spain in the ranking of world tourist demand, in which it occupies second place behind France and due to the 1,000 square meters of private gardens that the property has, which, In his opinion, they make it an opportunity because Madrid is one of the five cities in the world that businessmen most choose to organize congresses and sectoral meetings. In fact, it is the first operation that has been closed in Spain in the hotel sector.

“We firmly believe in Spain and its growth potential. Spain is a reference market for us and we are very happy to make our first investment in Hospitality in Madrid. The acquisition of the Hard Rock Madrid Hotel is one more and very significant step in our growth strategy in Europe and Spain, which improves our position in this country and fits perfectly into our hotel portfolio”, he remarked Ilkim Schuster, Vice President of Asset Management at Arlaes Management. For its part, Humphrey White, CEO of Knight Frank Spain, recognized that the operation supports the attractiveness of the Spanish real estate market for international investors. “It is also good news for the hotel sector in Spain, which had been affected by the pandemic, but we clearly see that it is recovering strongly this year”