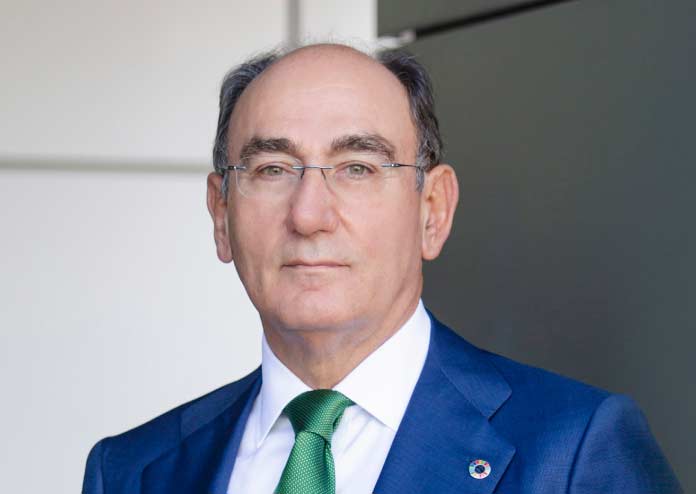 To help shape the policies that will make renewable hydrogen competitive this decade, the Renewable Hydrogen Coalition strengthens its leadership by appointing Iberdrola’s CEO and renewable energy pioneer, Ignacio Galán, as Chair and electrolyser manufacturer Sunfire’s CEO and Founder, Nils Aldag, as Vice-chair.

The Fit for 55 Package released in July by the European Commission has set the right level of ambition with clear targets for the fast and large-scale deployment of renewable hydrogen in hard-to-electrify sectors. This will not only help put these sectors on track to achieving important emissions reductions but will also trigger innovation, job creation and industrial growth in Europe driving green recovery post-COVID-19.

This ambition now needs to be maintained and translated into concrete actions for Europe to sustain global leadership in renewable hydrogen. To help shape the EU regulatory framework that we need, the Renewable Hydrogen Coalition is today strengthening its leadership credentials. Ignacio Galán (Chairman and CEO, Iberdrola) has been appointed as Chair alongside Nils Aldag as Vice-chair (CEO and Founder, Sunfire) for the next 18 months. Combining both renewable energy and electrolyser technology leadership, the new appointees will spearhead the Coalition’s efforts to ensure the right policies are in place for renewable hydrogen to become competitive with conventional hydrogen this decade.

Ignacio Galán says: “The Renewable Hydrogen Coalition has important work ahead, as Europe shapes its policies to reach climate neutrality by 2050”, adding “We have a unique opportunity to ensure Europe is leading the world in ambition, delivery and the technology development and manufacturing associated with renewable hydrogen. The targets set in the Fit for 55 Package for renewable hydrogen use in priority sectors are extremely positive and essential to scale-up demand. Ambitious targets now need to be accompanied by ambitious implementation tools, notably finance and support instruments for renewable hydrogen, to bridge the cost gap with fossil-based alternatives and give European off-takers the confidence to switch to renewable hydrogen at least cost”.

“We are already working on industrial projects such as GRINHY 2.0 with Salzgitter, paving the way for a hydrogen-based, low-carbon European steel industry. In the future, it will be essential to strengthen our cooperation with end-use sectors” comments the Vice-chair Nils Aldag, who adds “Renewable hydrogen is produced from electrolysers using renewable electricity to split water. Rapidly scaling renewable hydrogen to the required volumes calls for faster deployment and availability of additional renewable electricity and electrolysers. Moving forward in the EU legislative process, it will also be crucial to recognise the clear benefits of renewable hydrogen in terms of GHG emissions savings compared to alternatives and to build a clear and robust traceability system for renewable hydrogen and its derivatives”.

Winning the race for clean technologies and secure first mover advantage in renewable hydrogen requires strong collaboration between public and private players. The Renewable Hydrogen Coalition stands ready to work with European policymakers to build the regulatory tools that will enable Europe to achieve its ambitions.