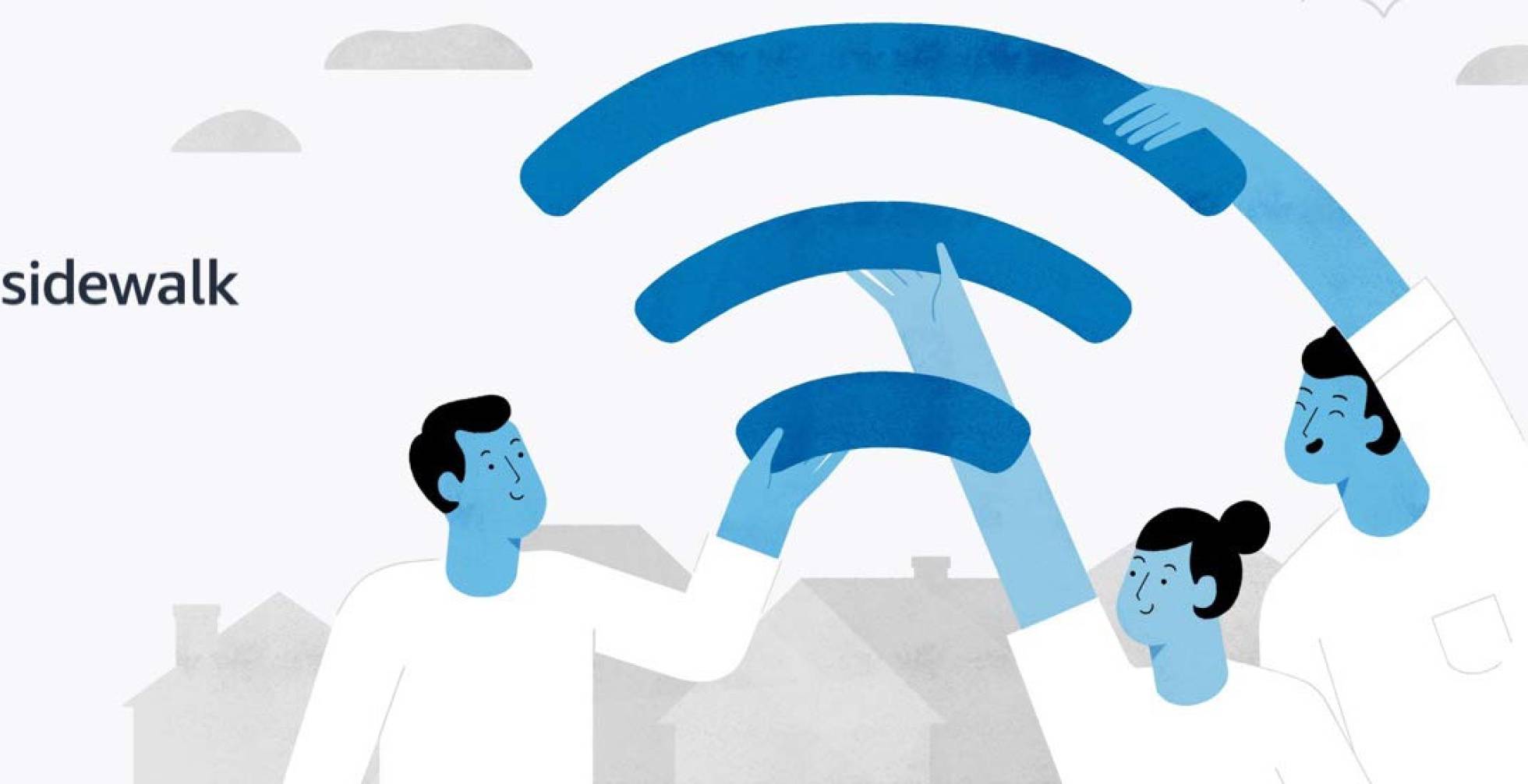 Amazon does not give truce concatenating new products and services. The technology giant has announced that on June 8 all the company’s devices with Alexa (Echo speakers, cameras and Ring doorbells …) will be connected to a wireless network, denominada Amazon Sidewalk. They will do it automatically, using Bluetooth and radio signals in the 900 MHz band, unless users change the settings,

Amazon’s new service assumes that users will share a small portion of the internet connection with their closest neighbors when they have no connection, thus allowing devices to connect to the Net.

The connections of the devices with the network are free and, according to the company, the network will not use too much bandwidth, since the maximum bandwidth from a Sidewalk Bridge to the service server is 80 Kbps, and the total monthly data used per account is limited to 500MB.

“We are talking about how Amazon is going to create authentic neighborhoods connected wirelessly. You are going to create a huge network based on all the devices in the company. To understand the scale, it is enough to know that only in the United States, where the project starts, the devices of the Amazon Echo range exceeded 100 million units in 2019, and the security cameras, smart video-doorbells and alarms from Ring sold alone in 2020 they exceeded 1.4 million units ”, says Enrique Dans, professor at IE Business School.

Dans remarks that Amazon’s goal is to become an IoT (internet of things) network operator, relying on the Wi-Fi networks of its users. That is, without the need to deploy any extra infrastructure. “Amazon is aware of the potential of the IoT, and has realized a loss of profit (the millions of smart devices it has sold) and wants to interconnect them to see what business it can get out of there.”

To begin with, Amazon is already going to provide service with its mesh network to Tile, a pioneer company in creating small object locators to quickly locate lost things and thus be able to compete with Apple’s recent proposal, the AirTag, which will allow the manufacturer of the iPhone also build a huge network based on all the devices of the users around the world, ”continues Dans.

But Amazon, as this professor remarks, has not launched Sidewalk to serve only one company. His idea is to create a platform that can be used by third parties. “It wants to become an IoT network provider,” insists Dans. That’s why it offers Sidewalk Developer Services, a collection of approved silicon chipsets along with development boards, device software development kits, and other tools for developers who want to take advantage of Amazon Sidewalk functionality.

For Fernando Aparicio, CEO of Amvos Digital, “there is no doubt that Amazon wants to become an operator. Although with a very limited bandwidth in its proposal, it is one more step to attempt the assault on the telecom business ”. In this context, Aparicio recalls the agreement that Amazon sealed two years ago with Iridium, the largest global satellite network, or the Kuiper project, the giant’s alternative to Elon Musk’s Starlink, which wants to build a network of more than 3,000 satellites to offer internet all over the world.

This expert adds that Google’s abandonment of its Loon project, with the same philosophy of providing connectivity to remote areas of the planet, “leaves Starlink and Kuiper as the challengers to change the communication infrastructure of the planet and, in the case of Amazon, as a possible service to be integrated in the future in that massive loyalty machine called Amazon Prime which, remember, is a package of services without competition already in the market where the connectivity would be the icing on the cake. ”

The Amazon Sidewalk service will only be available in the US for now. Although it seems that the objective of the company is to extend it to other countries, it has not yet reported concrete plans. The multinational has explained that with this network what it intends is that the devices work better and simplify the process of setting up a new Alexa device. It will also help expand the reach of low-bandwidth devices such as trackers or pet trackers.

Another advantage, according to Amazon, is that it will allow more devices to be connected if the internet fails or if a computer is left without coverage. The technology giant points out, for example, that if an Echo device loses its Wi-Fi connection, with Sidewalk it is possible to reconfigure it to reconnect it to the router. And for Ring devices, they can continue to receive alerts at home even if the internet connection has been lost.

Although some voices have highlighted the security risks that could arise, recalling the history of insecurity of wireless technologies such as Wi-Fi and Bluetooth, Amazon affirms that it is totally safe to use. According to the company, it uses multiple layers of privacy and security to protect data traveling over the network and keep customers safe.

To deactivate Sidewalk, the user must open the Alexa application, press the ‘More’ button and then the ‘Account Settings’ button. Once there, the app gives you the ability to disable it.