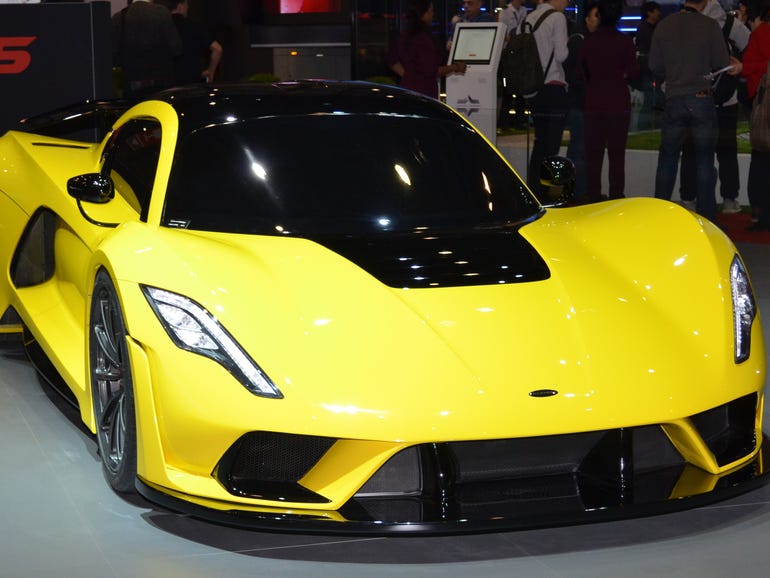 Apple just announced two next-generation MacBook Pro models and, to be honest with you, they contain just about everything I’ve been asking for. In terms of CPU performance and graphics cores, there’s enough power in there for all but the most extreme of extreme pros. There’s also a considerable amount of RAM, configurable up to 64GB. No, you probably couldn’t render Avatar on this, but you can do just about everything a typical high-end pro needs.

And yet, I didn’t buy one. Nor do I plan on doing so in the foreseeable future. For me, it’s about lifecycle and use case. I’ll talk about that in a minute. But let’s talk first about how we got here.

If I were forced to pick a date when Apple’s relationship with pro-Mac users started to go downhill, it would be June 10, 2013. Flush with iPhone success, Apple had taken its eye off the Mac ball. It hadn’t done much with pro-level machines and the cheese grater Mac Pro hadn’t been updated in “forever,” as ZDNet editor-in-chief Larry Dignan put it.

On that date, at a warm WWDC in June, Apple previewed their next-generation Mac Pro. This is the device we would all come to derisively call the Trash Can Mac. Good ol’ Apple VP Phil Schiller even put his foot in it, declaring “Can’t innovate, my ass.”

That Mac Pro was a disaster. It sacrificed all the upgradeability and flexibility previous Mac Pros were known for in exchange for a bunch of already out-of-date GPUs and no upgradeability at all. Apple, in a cycle I’ve seen going back as far as the 1980s, once again lost sight of what Pro users need.

This “but it looks cool” myopia was evident again in 2016 when Apple unveiled the MacBook Pro models that nearly killed the Mac. Apple replaced the wonderful MacBook Pro keyboard with the now-infamous “butterfly keyboard,” and switched out the function keys, including the Escape key if you can believe it, with a line of soft keys on the underwhelming Touch Bar.

Oh, and Apple removed all of the ports that Pro users relied on because Pro users prefer dongles hanging off a sleek case, rather than a slot for an HDMI port or a USB A port, or even an SD card slot (he says sarcastically).

By June of 2018, it seemed clear that Apple had simply given up on the Pro demographic. You can get a feeling for that sorry state of affairs in a discussion I had with Jason Perlow, Adrian Kingsley-Hughes, and Boinx Software CEO Oliver Breidenbach.

For those of us who had real work to get done and needed Macs to do it, those were demoralizing times.

Quick note for Windows and Linux users: Yes, I know (and knew then) that Linux and Windows were alternatives. But I and many other Pro users relied on certain Mac-only software to get our jobs done. In my case, the PC-equivalent software solution had a workflow that was four or more times slower, regardless of how fast the machine was.

In December of 2017, Apple shipped the iMac Pro, the only Pro-level device Apple produced in years. The iMac Pro was a very expensive and powerful all-in-one, but even though previous iMacs had upgradeable RAM slots the iMac Pro was locked closed.

So, coming into the fall of the next year, we were discouraged. Apple was making noises about Pro users, but those of us who relied on Mac power were left wanting.

But then things changed.

In October 2018, Apple introduced what’s likely to be the last Intel Mac mini — and it contained just about everything I’d asked for in a Pro-level Mac mini. It had all the ports. You could even get 10GB Ethernet. It could support up to 64GB RAM. While RAM upgradeability wasn’t supported by Apple, it was possible — as I proved within hours of my unit arriving at my door.

Also in 2018, Apple introduced a 15-inch MacBook Pro capable of running 64GB RAM. It still had the horrid butterfly keyboard and a lack of ports, but at least you could run some VMs without running out of RAM.

But it was 2019 when Apple really showed attention to Pro-level users, in what is likely its last big hurrah for Intel. At that time, it introduced a MacBook Pro capable of running an i9 processor at 64GB RAM. It was still limited to just a few Thunderbolt 3 ports, but that was something. Even more interesting was the 16-inch MacBook Pro, which ditched the terrible butterfly keyboard for scissor-switch keys. The 13-inch still had the old-style keyboard, but the writing was on the wall.

Apple also introduced the redesigned Mac Pro in 2019. You could spend up to $52K on this machine. Looking back, and realizing that the M1 would be introduced the next year, the Mac Pro was still a good investment for those who needed its capabilities. The rest of us would be fine with souped-up Mac minis or MacBook Pro machines.

In fact, by August of this year, I completed upgrading my fleet of Macs to the M1. I kept two Intel machines — my well-equipped 2018 Mac mini, and my beloved (but somewhat less capable) 2015 MacBook Pro. These two Intel machines run on Big Sur and will support Monterey. Otherwise, I retired a well-used iMac and a bunch of Mac minis and bought a couple of M1 Mac minis and an M1 MacBook Air.

To be honest, I did this upgrade knowing full well that Apple was expected to introduce a more powerful MacBook Pro. I chose not to wait until the fall because I wanted to get ahead of the OS upgrade cycle, but the bigger reason is that I had thought through my use case.

Fundamentally, I don’t need the new 2021 MacBook Pro, and I saw no reason to spend a few thousand dollars more to get one.

Apple’s Mac lineup can be confusing as the company transitions from Intel processors to its own Apple Silicon processors. But we’re here to help.

I’ve talked about this before, but my main desktop machine is the one I keep as powered up as possible. Right now, that’s a Mac mini with 32GB RAM and a Sapphire Vega 56 card running in an external GPU enclosure. As I described a few months ago, that Mac mini is a beast. I used it to produce the largest, most complex video I’ve ever attempted and it ran like a dream.

Since that Mac mini is able to handle everything I throw at it, from multiple VMs to 3D modeling to massive video production jobs, I see no reason to replace it.

Now, let me be clear. If we weren’t in pandemic times, I might not say that. Back when you could take a laptop to a coffee shop and not have to wear a mask, I often worked away from the house, just to get out. If I were traveling or able to just chill in a gathering of caffeine-minded people, I might have bought the new M1 Max MacBook Pro. But since my use case is mostly staying at home, the Mac mini is doing a fine job.

As for my other computers, I don’t do that level of production work on those machines. I do code and do 3D modeling on this M1-equipped MacBook Air (the one I’m typing on right now), but this machine hasn’t caused me a slowdown yet. And its fully-equipped price is thousands less than I would have spent had I bought an M1 equipped MacBook Pro.

It’s all about use case

As for future M1 Pro and M1 Max machines, I’m guessing we didn’t see an iMac or Mac mini because of supply chain challenges. The MacBook Pro is Apple’s bestselling model and it’s important to be able to deliver on orders for that. I expect we’ll see M1 Pro and M1 Max models in the spring, possibly with the introduction of an M2 at WWDC.

Will I buy an upgraded Mac mini or MacBook Pro in 2022? Probably not. But by 2023, I expect to cycle out all of my Intel gear and, assuming we can resume normal life, I’ll probably want as powerful a MacBook Pro as I can get my hands on.

What about you? Are you buying a 2021 MacBook Pro? Did you get an M1 Pro or M1 Max? Share with us your configurations and use cases below.

How the metaverse, blockchain and NFTs are radically changing entertainment

How the metaverse, blockchain and NFTs are radically changing entertainment